Over the last two weeks we’ve seen why you want to have a Castle Lite Smart Ice Core at your side (spoiler — South African summers have been pretty scorching of late), what it took to actually create this heat-repelling beer receptacle, and we’ve journeyed into Castle Lite’s history of innovations. There’s really only one thing left to do before we announce the ten lucky winners who’ll walk away with their own Castle Lite Smart Ice Core:

We have to tear it apart to see what makes it so ‘Smart’. 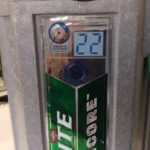 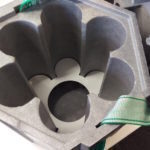 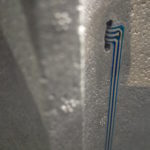 Which we’ve promptly gone and done. So, of the 150 Limited Edition Castle Lite Smart Ice Cores available in South Africa there are now only 149 left. One of them is resting in pieces at Stuff Towers, though we could put it back together if we felt like it. We’re not monsters.

Our operational tools were a small Philips-head screwdriver, a hacksaw, a particle-filter fitted over the mouth and nose, a surgical scalpel and protective gloves. Wait, that was how we made lunch. For this expedition we used a small serrated knife from Pick n Pay, though we could have done the whole thing with a sharpened wooden tongue depressor. (How do you depress a tongue? Promise it ice cream and then don’t give it any. Okay, okay, we’ll stop.) Or a pointy finger nail. 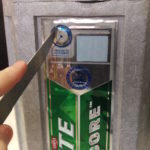 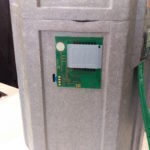 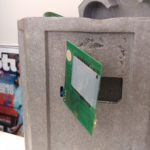 The operation was a very simple one as the Smart Ice Core is a pretty basic update of the standard Ice Core. There’s nothing more than a spot of glue, sticky tape (what a South African term that is) and the exterior Castle Lite-branded sticker holding the ‘smart’ bits in place. We still had a fun few minutes unsticking everything.

There’s little enough to see once all of the adhesive has been removed. The Smart Ice Core’s smarts come by way of a simple little circuit board, about a millimetre thick, which hosts the button used to trigger the LCD display. 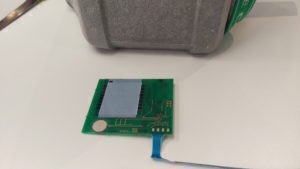 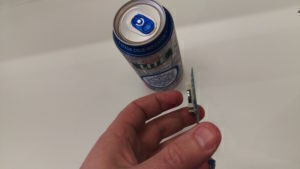 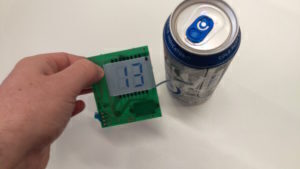 The LCD screen itself is almost paper-thin, barely registering any additional thickness on the circuit board at all. The temperature sensor is fitted on a ribbon of plastic and threaded (probably by hand) into the Smart Ice Core’s interior to check on your beer’s temperature. It also barely nudges the thickness of the sticker-covered main board.

What does make a difference is the battery compartment, which needs to be accommodated by a small hole cut into the Ice Core (above, left) and the battery. It’s a CR2032 lithium battery but what it is powering is negligible — we’ve seen batteries like these running motherboards for years. The temperature sensor assembly — assuming no outside damage like, say, letting Stuff play with it — could last for ages. Until the battery eventually loses its charge, many, many cold beers down the line.

And there you have it. We’ve taken it apart so you don’t have to. Now keep your eyes peeled as we’re going to be announcing ten new Castle Lite Smart Ice Core owners (age-check pending) shortly.