If you’re an existing Telkom DSL subscriber in Johannesburg, Pretoria, Cape Town, Durban or Port Elizabeth you might be able to try the operator’s fibre service for free for two months. That’s right, “Telkom”, “fibre” and “free” in the same sentence. We’re as surprised as you are. Even more exciting, you shouldn’t have to do anything to get it because Telkom should get in touch and let you know if you’re eligible.

Telkom’s announced that it’s letting existing customers within its fibre footprint take its 10Mbit/s and 20Mbit/s fibre offerings for a spin for free. The trial offers starts tomorrow (Tuesday, 2 February 2016) and will take a “phased” approach, meaning you’ll need to express interest and then wait your turn until Telkom’s rolling out fibre connections in your area.

So, if you currently have a 2, 4 or 8Mbit/s DSL service Telkom will upgrade your connection and let you try out its speedier, fibre-based offerings. At the end of the two-month, trial Telkom hopes you’ll take up one of its higher-speed fibre packages. But, if you don’t want to, you can move back to the service you were on, though it’ll now be carried over fibre instead of copper. Bonus! 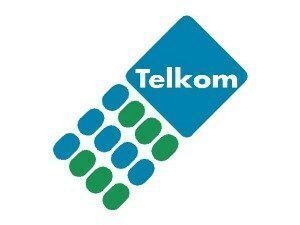 “Upon conclusion of the trial our customers have two choices regarding which fibre package to proceed with,” explains Telkom’s managing executive of group communication, Jacqui O’Sullivan. Consumers can “opt to revert to the original DSL speed at exactly the same price point, although the connectivity will now be delivered over fibre.

Alternatively, customers can “upgrade their packages to the speeds they were experiencing during the trial”. Telkom’s currently offering two packages. The first offers a download speed of 10Mbit/s, 50GB of data, and voice services for R799 per month as part of a 24-month contract. The second offers double the speed and data allowance over the same period for R949 per month.

Aside from the 24-month contract part, that’s a pretty respectable deal. But that longterm contract caveat is a big one. Where data products are concerned, no one in their right mind commits to a 24-month contract, especially in the age of month-to-month contracts for everything from home internet to mobile voice and data.

Nonetheless, it can’t hurt to give it a spin given you’re under no obligation to sign up after the trial is complete. You can check whether you’re in a covered area here.