South Africa’s two largest mobile operators, Vodacom and MTN, will this week attend hearings led by parliament’s Portfolio Committee on Telecommunications on whether or not so called “over-the-top” players like WhatsApp and Skype should be regulated. Which seems to be code for asking that the Committee allow said operators to charge for third-party services that offer messaging or calling services. That is, services that threaten the operators primary sources of revenue. The initial hearings take place tomorrow, but arguably shouldn’t be taking place at all.

There’s no denying that instant messaging and voice-over-IP (VoIP) services have caused revenue from SMS and traditional voice calls to plummet — any of the operators’ annual results reports will attest to this. But increased competition isn’t just cause for wilfully stifling innovation, pushing up the cost to communicate and deliberately putting South Africa at a disadvantage compared to its unregulated peers — which constitute just about everywhere other than Morocco, which recently allowed operators to block access to various third-party communication apps.

To do the same in South Africa would be both unethical and downright embarrassing. In recent years the Department of Communication (and its recently minted counterpart, the Department Of Telecommunications and Postal Services) have done more than enough to embarrass South Africa as is. The transition to digital TV still hasn’t happened. Instead, precious spectrum remains tied up and useless while broadcasters and government departments bicker over encryption and set-top box specifications, and the rest of the continent pulls further and further ahead. At the same time, the post office’s ongoing strikes and inefficiency makes it the poster child for those calling for state-owned enterprises to be privatised. Come to think of it, it’s rather alarming that the two biggest mobile players even have parliament’s ear at all. How is it that the Portfolio Committee is even entertaining Vodacom and MTN’s request instead of telling each to dry its tears, wipe its nose, and get on with business? Isn’t government’s role to foster competition and champion the consumer’s interests rather than engage in protectionism? Yet that’s exactly what the disgruntled operators are asking. One has to wonder what the competition authorities would make of this were the matter brought before them?

The operators or the Portfolio Committees may argue that consumers can use third-party communications services for nefarious means, and thus they ought to be regulated. But this line of argument is even more worrying than the economic one. Communications companies shouldn’t be helping government spy on the same consumers that make their businesses possible in the first place.

Remember RICA (the Regulation of Interception of Communications and Provision of Communication-Related Information Act), the law that required everyone to register their mobile phone? How many stories have we read where RICA has prevented a crime, helped police bust a syndicate or saved a life? That’s right, precisely zero. All that RICA did (and continues to do) was place an unnecessary and costly burden on operators and consumers alike.

Vodacom and MTN argue that WhatsApp and Skype (along, presumably with equivalent services like iMessage, Telegram Messenger, Line, WeChat, Viber and FaceTime) are using the infrastructure each has built for free. Except, that’s not really true. Each of those services requires data. Sure, you can send dozens of WhatsApp messages with 50c of data compared to the 160 characters a 50c SMS allows for, but that data has to be paid for nevertheless.

Moreover, it’s precisely those services (along with others the operators aren’t moaning about, like audio services Soundcloud, Simfy Africa and Deezer, and video-streaming services Netflix, ShowMax and YouTube) that have created the enormous growth in demand for data. That demand has driven network expansion and investment in next-generation mobile broadband technology like 4G and LTE.

And lets not forget what that data costs. Today, prepaid data still costs around R149/GB from Vodacom and MTN. The rand/GB drops if you buy more than 1GB at a time, but climbs if you buy less. Meanwhile, most fixed-line broadband service charge less than R2/GB.

So why don’t South Africans abandon mobile all together and save a fortune? Because they can’t afford the initial outlay for a fixed-line, or can’t commit to the long-term contracts fixed-line services usually entail, or simply don’t have the patience to deal with Telkom. Fixed-line offerings may be cheaper, but they’re not viable for most South Africans, which means they continue to rely on mobile data to get online. And mobile data remains exorbitantly expensive.

Yet Vodacom and MTN talk as though they’ll disappear if something isn’t done about OTT services piggybacking on their infrastructure without paying their dues. It’s complete, unmitigated rubbish. Demand for data continues to grow exponentially. And, guess what, drop the price of data and people will use even more of it. Aren’t these businesses predicated on economies of scale?

Meanwhile, every LTE-enabled tower is, necessarily, connected to fibre backhaul. And with fibre’s enormous capacity the surplus can be leveraged for services like fibre to the home (FTTH) and fibre to the business (FTTB), something both Vodacom and MTN are already offering in some areas. Vodacom and MTN’s arguments conveniently ignore all the other ways in which they generate income, and suggest there are no avenues to generate new revenue streams in the future.

Oh, and there’s the argument that if mobile operators want a piece of the OTT piece that could, you know, start offering some OTT services worthy of consumers interest and, potentially, cash. MTN seems to agree with that argument because it’s already playing in the video-on-demand space with its streaming service, FrontRow.

What happens if OTT players are regulated and opt in turn to close up shop? Either South Africans are back to paying 50c a message a 79c a minute for calls while neighbouring countries benefit from the obvious advantages of cheaper, data-based communications, or new services spring up to fill the gaps left by the regulated faster than the regulator can keep up. Given the regulator’s ineptitude at allocating spectrum let alone keeping abreast of new technology, new services wouldn’t have to move particularly fast. 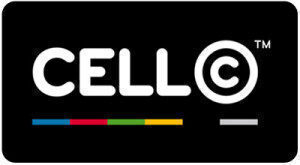 While Telkom Mobile has been fairly quiet on the issue, Cell C has taken the opportunity — as its wont to do — to stick it to Vodacom and MTN by decrying their calls for regulation and, for an extra kick to the ribs while the incumbents are down, zero-rating WhatsApp calls for the rest of January. It’s a shrewd move from Cell C, but one can’t help but wonder how much of its protector-of-the-consumer rhetoric is legitimate and how much of it is simply opportunistic.

Whatever its agenda, Cell C’s played its hand, and will have to stick to it. And that can only bode well for consumers. At least one player and its lawyers will be arguing against Vodacom and MTN’s preposterous proposition today. Let’s hope sanity prevails.

If not, expect virtual private networks (VPNs) and proxy services to become increasingly popular, not just for watching Netflix in other regions, but for ensuring services like WhatsApp and Skype still work in South Africa for free, even if the powers that be decide, erroneously, that the incumbents are owed their pound of flesh.

This column originally appeared on craigwilson.net