Japan’s Fukushimi nuclear disaster is still, well, a disaster but robots might be able to help with the cleanup efforts. Toshiba have constructed a robot which will be cleaning up spent fuel rod pools at the nuclear facility, inside the Reactor 3 building at Fukushima No 1. The robot, which will be remotely controlled from a different building, will be able to scoop up and slice up debris on top of spent fuel rods, which can then be extracted and disposed of without having to send humans into the high radiation conditions inside Reactor 3. Completing this task should drop radiation levels inside the reactor – not enough for humans to spend a lot of time in there but it’d be an improvement. Toshiba’s robot is set to be installed shortly but it’s going to be a process. The cleanup will only begin in 2018.

Fan-created remakes are an often iffy prospect. Very few of them reach fruition, as they’re typically taken down by legal teams before they’re able to launch. Some survive. This Metal Gear Solid remake, which is being redone using Unreal Engine 4, looks spectacular but Konami, the owner of the rights to the game, are probably not going to let it live. Which is a damn shame, as traipsing around as Solid Snake in the first game in the series, in this shiny new setting, would be absolutely incredible. Airam Hernandez, the fellow behind this stellar update, has said that he’ll eventually need Konami’s permission to continue and if they’re smart, they’ll give him the permission he needs. And some funding. And a small team to call his own. But they won’t. Sadly. 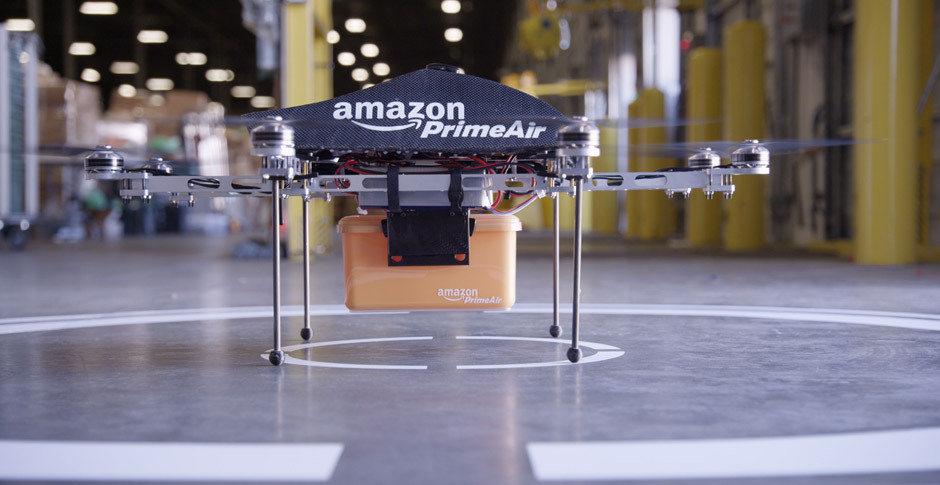 How far, how long, how heavy? These are the questions we’ve wanted answered about Amazon’s ambitious Prime Air drone delivery program and Amazon have been thinking along the same lines. In an interview with Yahoo News, Amazon’s Paul Misener detailed what the company is hoping to achieve with their delivery drones. They’re looking at a range of about 16km for their flying delivery boys, which will be covered while the craft is toting up to 2.25kg. The custom-created drones themselves will weigh about 25kg, so most of the weight is going to be delivery boy. And battery, as the drone will need to stay in the air for around an hour. Like we said, ambitious. Amazon also outlined their idea for delivery drone-specific airspace, which reserves an area for hobbyists, other commercial drones and then a 60 to 120 metre ceiling where delivery drones could play without getting in anyone’s way. Now we need to see if the FAA in the States agrees with their thinking.

Far Cry Primal wants to send us back to the Stone Age. So it shouldn’t be surprising that Ubisoft are instituting a promotion that hopes to do the same thing: send one ‘lucky’ winner into a cave in the Pyrénées where they’ll have to survive using flint, tinder (not that Tinder), bugs and, um, leaves. For bathroom purposes. And it seems that CaveBnB is an actual thing, for the purposes of this giveaway, and will come with some survival training as well. Now for the bad news: According to the competition’s Terms and Conditions (what, you don’t read those?), you’ll need to be a legal resident in Europe to enter. Bugger. We were hoping to get in on that.