Today is Star Wars: The Force Awakens day, the culmination of an extensive marketing and hype campaign by Disney, who are the new owners of everything Star Wars. It seems like only yesterday that we were wondering what the Mouse was going to do with the franchise and here it is staring us in our faces.

Will it suck? Will it be awesome? Will we want to watch the other movies planned for later release? Those are all questions which are being answered all over the world right now. We don’t have much Force so we couldn’t tell one way or the other but if you’re off on a quest, this should improve your experience. Or console you once you get home after a disappointing outing. Who are we kidding though, it’s going to be brilliant.

As though a million notes were jotted, then erased The new episode of the Star Wars trilogy trilogy (3 x 3 films) might have set a new record for the most varied licensed content, with Moleskine’s 2016 Star Wars collection riding high in the desirability stakes. Stormtrooper, R2D2, the Fett or Kylo Ren are your options from Moleskine’s new limited edition lineup. We can’t do without our 12-month daily planner and droid companion, ourselves

I find your lack of suitcase disturbing This set of matched bags from Samsonite is like a toy train set: intended for kids but Dad is going to wind up playing with it. You can now have Anakin Skywalker, in his guise as Darth Vader, watching over all your stuff. And your Darth-bag comes in various sizes, from the dinky little pencil case to the wheeled backpack, for the Jedi who doesn’t feel like using the Force to cart his gear around.

If you want to be a Knight of the Old Republic… 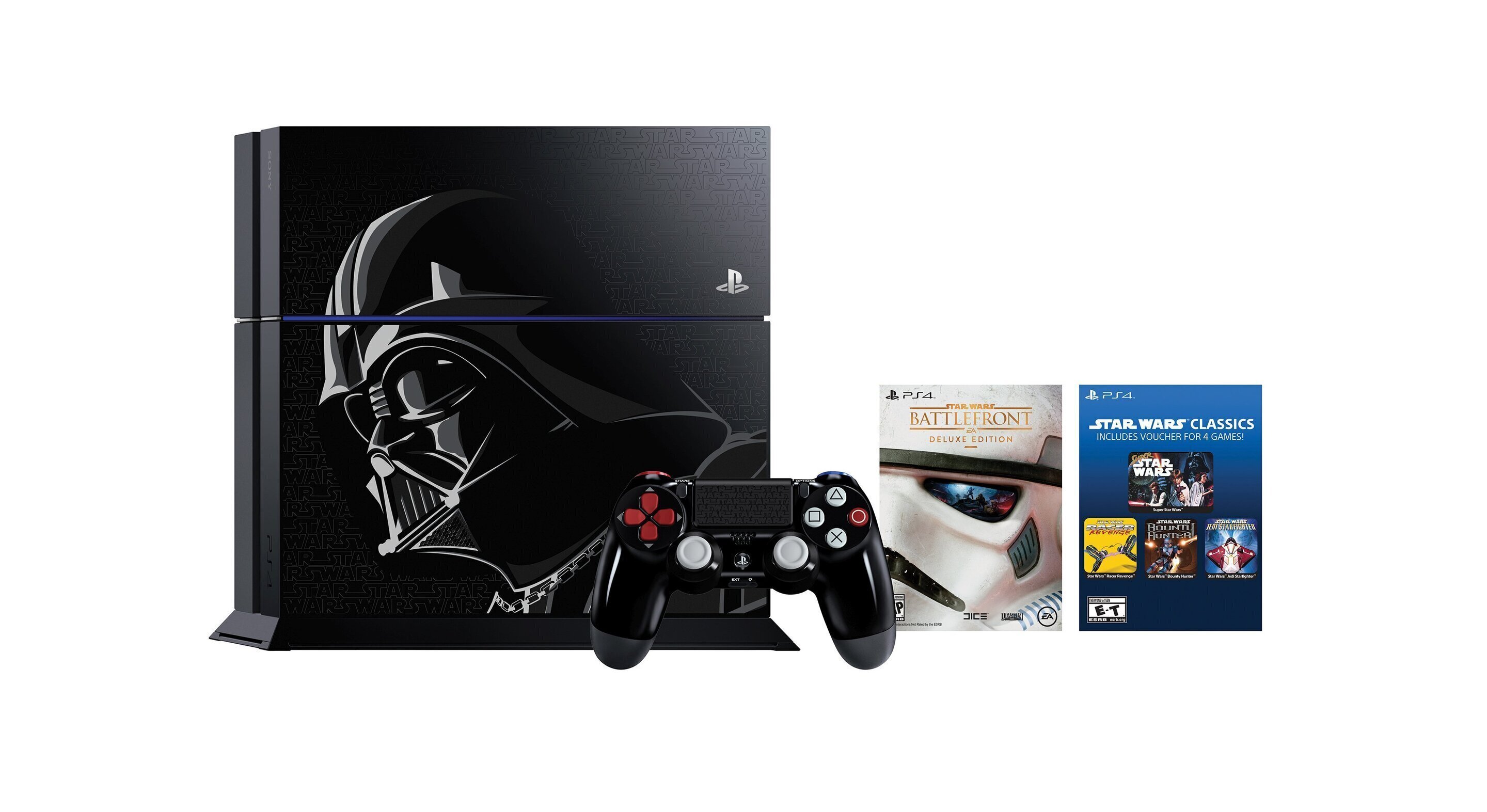 Now is a great time for a Star Wars fan to jump into Sony’s PlayStation 4 ecosystem, with the etched Darth Vader special edition console hitting the market this month. It’s not alone, the bundle comes with a Vader-branded gamepad and the excellent-looking Star Wars: Battlefront. It almost overshadows the bundle pricing and the fact that you’re doubling up on storage from the launch PlayStation 4.

For the young Padawan on his path to true Jedi-hood Disney Infinity is designed to suck the money from your wallet: editions for all the major consoles, collectible figurines that function as game pieces in a digital world, backwards compatibility with old editions and now the Star Wars starter pack for Infinity 3.0. The basic package arrives with Star Wars: Twilight of the Republic, figures of Ahsoka Tano and Anakin Skywalker (the young one) – splurge on the Special Edition and you also get the Rise Against the Empire play area, Luke Skywalker, Princess Leia and Boba Fett figures. Goodbye wallet, it was nice knowing you.

The droid you’re looking for We want this litte remote controlled refridgerator. We cannot begin to explain how complete it would make our lives to have a bleeping, moving, rotating-headed little R2D2 of our very own bringing us drinks while we watch the dedicated Star Wars channel on DStv this December. It’s got a two-hour battery, enough space for a handful of cans and did we mention that it’s life-sized? But then there’s the price, which is enough to purchase a new entry-level car. Perhaps this isn’t actually the droid we were looking for…

I am here to put you back on schedule 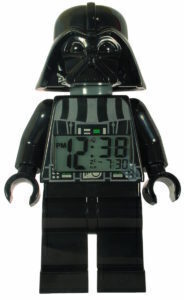 Keep either the wisdom of Yoda or the power of Vader on your bedside with the Clictime Lego Alarm Clock. What is is? A 9.5-inch/24cm Lego figurine incorporating a digital LCD alarm clock, with a snooze function, constructed from ABS plastic and the oversized Lego figures are fully poseable. As far as you can pose a Lego figure. Get one of each and get started on that diorama you’ve been secretly wanting to build. Just us? Okay then, forget we said anything.