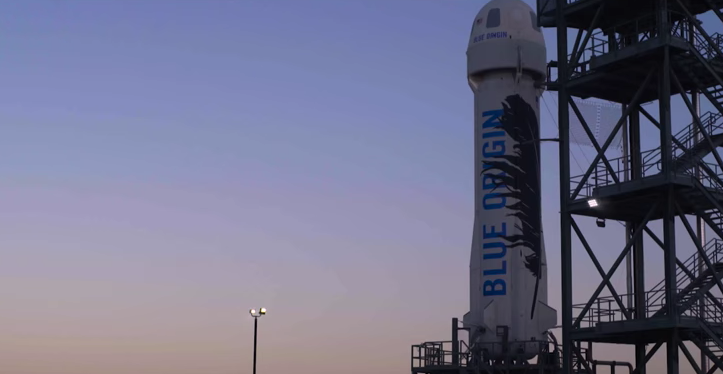 
Elon Musk’s SpaceX has been working on adding vertical takeoff and landing capabilities to their rockets for some time, achieving it in tests but not quite nailing the landing on rockets returns from space. To be fair SpaceX has been trying to get their orbital rocket to land on a platform floating in the ocean, so they’re basically doing it on Hard Mode, but Amazon’s Jeff Bezos, through his space company Blue Origin, has managed the first vertically-landed rocket-returned-from-space. Musk was nice about it too, right up until he pointed out that landing from space and landing from orbit, which SpaceX has been attempting, are two very different animals.

Do you really want that iPad Mini 4 or will Xiaomi’s Mi Pad 2 do? Xiaomi has launched a couple of new devices. In Beijing, to be fair, but we’re hopeful that the new all-metal mobile devices will make their way to South Africa at some point. Why? Oh, no reason really… Anyway, on to more important matters. Xiaomi have announced their Redmi Note 3 as well as a Mi Pad 2 and while both are impressive it’s the Mi Pad 2 that will catch your eye. A 7.9-inch 2,048 x 1,536 screen, an Intel Atom quad 2.2GHz CPU, 2GB of RAM, 16GB of storage (with options up to 64GB) and a huge 6,190mAh battery could be yours, along with USB Type-C, 5MP front/8MP rear cameras and speedy charging. Ah, but at what cost? According to price conversions, about R2,200 for the 16GB version. Wait, really? We heard you love Star Wars so we’re putting Star Wars into your phone so you can Star Wars before you Star Wars. It makes sense in context: Disney and Google are getting together to release a serialised Star Wars experience, viewable in VR using Google Cardboard and distributed through the official Star Wars app. The VR outing will tie into the beginning of The Force Awakens, so we’re told, and will start releasing from 2 December this year. We’re not going to labour the point on this one too much, especially since you can probably see what to expect from the still above (check on the website for the hand-crafted image selection, people). But head to Google, right now, and type in ‘A long time ago, in a galaxy far far away’ and see what happens. If you happen to be using Chrome then enter it into the address bar at the top of a new tab. For some reason it won’t work if you enter it into the Google.co.za search page. Must be a lack of Force.

Just what we didn’t need, an even easier method of ordering pizza Oh to be a Dominos Pizza customer in the UK. Or rather, to not be one. The international pizza chain are going to be awarding several social media users in the UK with their very own instant pizza button which will be tied to the user’s data – like delivery address and their favourite Dominos pizza. And, you guessed it, each time these people press the button, Dominos will send pizza. They’ll still have to pay for it, of course, but how much pizza would you order if you could just poke a button and know that it’s on the way? Please don’t launch this in South Africa.