Finland, the land of indestructible phones and trollish folklore, is going to be the first country to get its own emoji. And the little icons are going to revolve around some uniquely Finnish emotions, according to the country’s Ministry of Foreign Affairs. 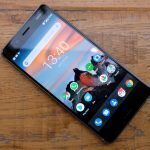 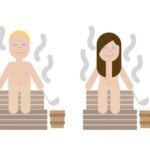 The country has unveiled a few of these and they are certainly specific to the country. From left to right (above) we’ve got Unbreakable (Nokia 3310), Sauna, and Headbanger – because Finland’s known for the iconic phone, taking saunas and its metal scene, we’re guessing.

The rest will be revealed in the ThisIsFinland Christmas calendar website, and we’ll see them being detailed advent calendar-style, next month.

What hasn’t been specified is whether the emoji set will be released for smartphones in the country. Right now it looks like a web-only release but a set of country-specific emoji is a nice idea. There’s something unusual and unique about every country in the world, after all.