Telkom’s wholesale division, Openserve, which launched earlier this month, has announced that more than 10,000 homes in Pretoria East will have access to fibre by the end of the year. That is, more than 10,000 homes will have fibre running past them and will be able to request a fibre installation from Openserve. Areas covered include Faerie Glen and Garsfontein. Interested consumers can check Openserve’s coverage map here.

“Openserve is committed to Telkom’s goal of reaching one million homes with fibre access by 2018 and already has the largest fibre network in the country,” says Openserve MD Alphonzo Samuels. Last month Telkom announced its plans to roll out fibre in the Johannesburg suburb of Bryanston, along with suburbs in Pretoria, Durban, Cape Town, Bloemfontein, Kimberley and Port Elizabeth.

As its name suggests, Openserve is an open-access business, meaning that while it builds fibre infrastructure, consumers can choose from a range of internet service providers for their actual data services. Vumatel, the fibre company that’s deployed fibre in a number of suburbs around Johannesburg and is eyeing the rest of the country, operates on a similar model. Investec recently took a minority stake in Vumatel, which should help it expand even faster than it has been. 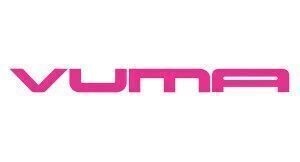 However, unlike Telkom, Vumatel rolls out its infrastructure based purely on demand, rather than on where it might have existing infrastructure to leverage. And Telkom sure has a lot of existing assets it can harness. The telecommunications company has 147,000km of fibre in the ground around South Africa already, which passes more than 38,000 homes.

On the Openserve website the company also claims that it has over one million existing ADSL subscribers, which sounds impressive until you consider how small a percentage of South Africa’s population that represents. One of the obstacles ADSL has faced is the initial cost of setup and the monthly fee for a Telkom phone line that is a prerequisite of the service, even if a customer only wants data services.

Telkom says this phone line fee is necessary to minimise the effect of what it calls the “access line deficit”, where the company loses money on every line in service because the maintenance costs are actually higher than the revenue from line rentals.

With fibre, however, this fee is set to fall away and consumers need only pay an initial installation fee, a minimal line rental fee and then a monthly fee to their preferred service provider. Moreover, fibre is far more appealing than ADSL because it provides far superior line speeds and greater reliability as it’s not affected by interference from electromagnetic noise like radios, power lines, electric fences or anything else that emits electromagnetic waves.

It’s not just Vumatel Telkom has to worry about, though. The mobile operators are also staking their claim in the fibre-to-the-home (FTTH) and fibre-to-the-business (FTTB) markets because any tower that offers 4G/LTE connectivity must be connected using fibre and operators are looking to leverage this infrastructure. MTN has announced its own FTTH plans and Vodacom is already offering FTTB services with FTTH ones set to follow.

But it’s not just telecommunications companies who see the massive growth opportunities fibre services offer. Companies like Fibrehoods, which runs aerial fibre rather than trenching as is the norm, are also trying to lock down lucrative suburbs before the competition gets there.

It’s safe to say that within a year if you live in a major metropolitan area you’ll likely be spoilt for choice when it comes to high-speed internet connectivity. We couldn’t be more excited if we tried.