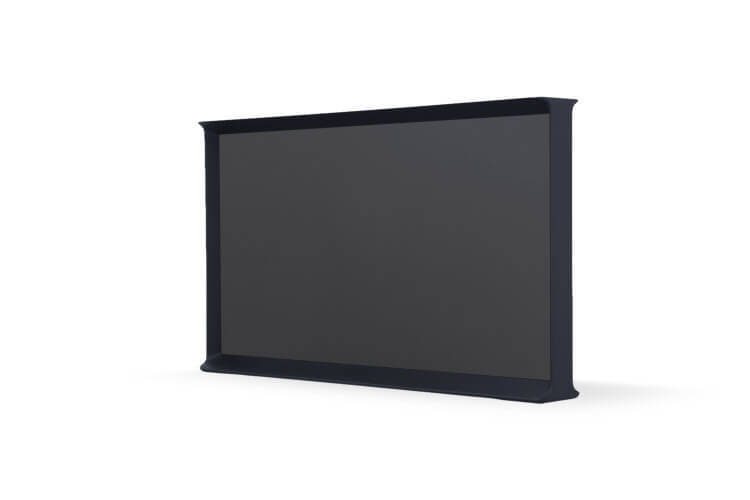 Samsung goes to design school, comes back with the Serif TV

Samsung are typically on the cutting edge of screen, sometimes giving themselves razor-burn on the edge, so their step in a completely different direction is slightly jarring. Meet the Serif, a TV set that harks back to an older time, when a TV wasn’t just a screen. It was something that had to look good in your home (it wasn’t that long ago either). We know why the change from ‘design piece’ to ‘flat panel’ happened – we suddenly didn’t need housing for cathode-ray tubes, for one – but seeing Samsung, and design company Ronan & Erwan Bouroullec, create a TV with a side-profile like an upper-case ‘I’ makes us a bit nostalgic. Expect the art project around November this year, in 24in, 30in and 40in versions.

If you want to avoid camera cliches, you’re going to need a Restricta Here’s an idea for your inner photographer – the Camera Restricta. This is a concept project by German Philip Schmitt which mades use of a GPS-containing 3D-printed camera that connects to the internet via an app. If the app, which searches the web, finds that too many images have been taken at a specific location (by reading geo-tag data), then the Camera Restricta won’t let you take any photographs there. The Restricta is about more than a photography idea though, Schmitt is also using it to make a statement about photographic censorship in Europe. Go read what he has to say.

Instagram has reached a new milestone and you’re a part of it. You’re definitely a part of it, in fact, because of the 400 million people that the photo-sharing service now calls members, more than 75% of those users exist outside of the United States. Not a bad tally for a US-based company. Since the last update (300 million), more than half of the company’s new users have comes from Europe and Asia. Africa in general, we’re sad to say, didn’t really make the list of highlights for this milestone announcement but there is this one location in Namibia…

Huawei reputed to have a stylus-packing phablet on the way

Huawei have been upping their gaming, taking third in the world smartphone rankings recently – in terms of sales, relax. But there are still some areas where they’re not really competing and that’s why the Chinese company is looking for a stylus supplier. A report from Korea says that Huawei is looking around for a place to get similar tech to that Samsung uses for their Galaxy Note 5 phablet, meaning that there could be competition around the corner. Unfortunately for Huawei they can’t get the technology from Samsung’s supplier Wacom – some sort of exclusivity deal is apparently in the way. But they may have found what they were looking for elsewhere…

Discovery member? You might have an Apple Watch in your future Discovery and Apple teaming up to get Apple Watches into the hands/onto the wrists of its more active users? That could totally be a thing. At least, that’s what someone on Twitter said and there is a screenshot floating around (above, unless you’re reading the newsletter) to prove it. Reports claim that there is a more complete announcement on the way and that we should see this one more fully detailed ahead of its launch, which should take place before the end of November this year. For now, have some speculation and unconfirmed info.