If your internet connection has been doing its best impression of continental drift for the last day or so it’s probably because iOS 9, the latest version of Apple’s mobile operating system, is now available for download. At 1.2GB, it’s smaller than many previous updates, but still liable to slow things down if half of your office is trying to get it at the same time. If iOS 8 continues to meet your needs why bother with updating? Why, for all the shiny new features, of course.

Though some of the new features of iOS 9 apply to iPads exclusively (Slide Over, Split View and Picture in Picture) we’ve focused on the iPhone first. It’s the most common iOS device out there and the one we use the most. These are the best things we’ve found during the hours we’ve lost to fiddling with the mobile operating system’s new features.

Before we get started, you may be wondering if your iDevice supports iOS 9. If it’s any of the following (or newer) the answer is yes: iPad 2, iPhone 4S and 5th Gen iPod Touch. 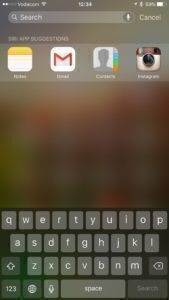 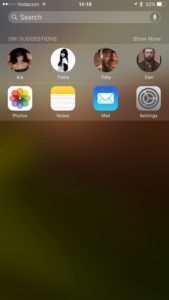 Search has been given superpowers in iOS 9. Swipe down in the middle of any home screen and you’ll see an updated version of the search bar that includes a microphone for roping voice assistant Siri into the hunt. Search will also now work with more apps than ever before, letting you search mail, messages and, soon, any number of third party apps for whatever it is you’re after. No more wondering which messaging client someone used to send you their address or which note-taking app you left your shopping list in.

Also, search now suggests recent apps and contacts as soon as you open it. We suspect these will be based on a combination of how recently you’ve accessed them and on contextual information like the time of day or your current location. However it works, it’s pretty smart, and makes apps like Launcher (that puts a selection of your favourite apps in your notification menu) pretty redundant. Sorry Launcher. We expect search will get better and better the more you use it and the more it gleans about your usage habits. 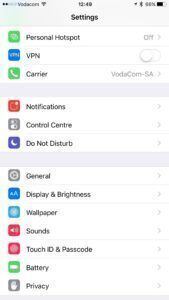 Most of us would gladly settle for less svelte devices in exchange for better battery life. Rather than make thicker phones and iPads, though, Apple has taken a page out of many Android manufacturer’s books by adding a software setting that reduces battery consumption by turning off things like mail fetch, background app refresh, automatic uploads and visual effects. Turn on Low Power Mode and your battery icon at the top of the screen turns yellow to let you know its on and that you best hurry to a plug point.

We’d like to be able to set Low Power Mode to turn on automatically when a particular threshold of remaining battery power is reached, or be able to toggle it on and off in the same tray as Airplane Mode, Wi-Fi, Bluetooth and so on, but maybe we’ll have to wait for iOS 10 for that. 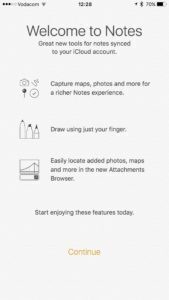 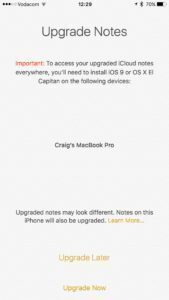 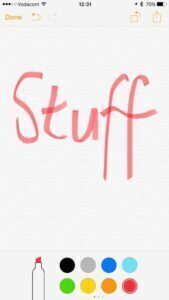 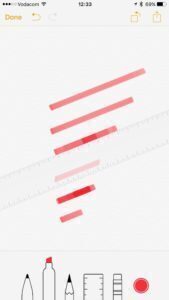 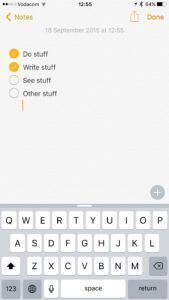 Until iOS 9, Apple’s Notes app was so rudimentary we opted for third-party note-taking apps instead. It’s still not as feature-rich as something like Evernote, but it’s vastly improved. With the new Notes app you can scribble handwritten (well, fingerwritten) notes and doodles, add photos or videos to notes, create bullet-pointed lists (and tick off completed items).

There’s even a ruler tool for those who need even their scribbles to be tidy and precise and you can now add info like URLS to notes directly from other apps. If you also use a Mac desktop or laptop you’ll need to upgrade to OS X El Capitan when it launches later this month in order to upgrade your old notes to support the new functionality. Until then, any new notes you create will support the new features. 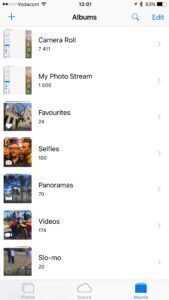 It had to happen eventually — Apple’s hopped aboard the selfie wagon and added a new album category that automatically sucks in all your selfies for easy access and sharing. There’s also a new category for screenshots and, when viewing a photo in an album a filmstrip appears at the bottom of the screen, making it easier to navigate large collections of photos. 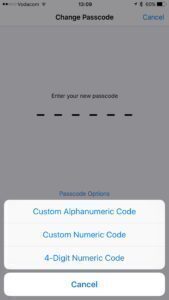 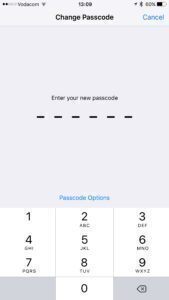 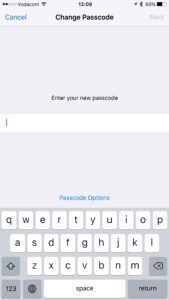 Four-digit passcodes aren’t exactly the most secure, especially given people’s propensity to use their own birthdays. Apple’s long offered the option of using a custom alphanumeric password, but now adds the option to use a six-digit code. With Touch ID only requiring that we enter our password after our device has been restarted we favour alphanumeric passwords, but its your call. Just, for the love of all things sacred, don’t choose the six-digit option and then use your birthday for it nonetheless. 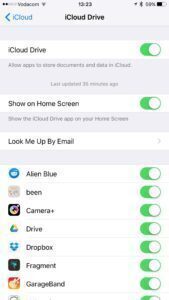 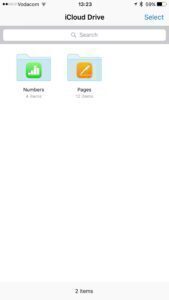 If you’re one of the handful of people who use iCloud Drive instead of less tempremental alternatives like DropBox, Box or OneDrive there’s now the option to create a dedicated icon for it on your home screen and toggles for setting which apps can use it. As Apple still only offers 5GB of iCloud storage by default we’ll stick to the alternatives, but it’s good to see it baked into iOS more thoroughly than is has been to date. 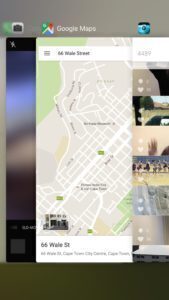 With every new version of iOS the settings menu grows. To help you navigate it Apple’s added a search bar to the top of the menu. The app-switching menu (accessed by double-pressing the home button) has also changed. Gone are the list of recently used contacts across the top (introduced in iOS 8 and now part of the improved search menu) in favour of larger thumbnails of open apps. Also, instead of recently opened apps being arranged from left to right, they now run right to left, with your home screen on the far right. Nope, we have no idea what Apple’s switched this up either, perhaps a tip of the hat to it’s new biggest market, China?

Lastly, new back buttons within apps mean you should be spending a whole lot less time in app switcher. Open a link to Instagram in Twitter? Instead of needing to use the app switcher to get back to Twitter there’s now a “Back to Twitter” button that’ll show up in Instagram. Hurray!

Now we just have to wait for OX El Capitan and our 2015 Apple software upgrade will be complete. We’ll bring you the new laptop and desktop OS’s best features when the final release lands at the end of this month. Until then, as they say in country bands, happy fiddling!