Today’s Light Start has taken longer than usual but that’s because there’s a lot of noise to be filtered out – Noise that takes the shape of Apple’s smartphone, tablet, watch and Apple TV announcements. But we did it, we found the other news. At last.

Samsung producing monster smartphone RAM – Is 6GB enough or do you need more? 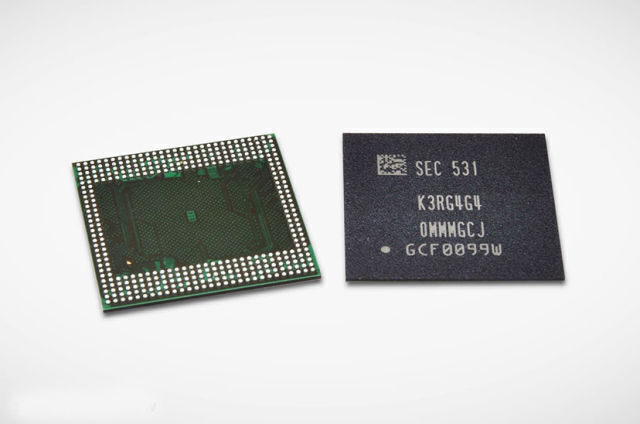 Samsung may have attempted to steal a bit of thunder by announcing that they’ve got a new 12Gb LPDDR4 RAM module going into mass production, a module that conforms to the same 20nm fabrication process used to create their current 8Gb dies. Translated into English, Samsung will be able to replace that 3GB of RAM that we’ve becomes used to seeing in their flagships smartphones with 6GB of RAM. And this is at a time in South Africa where most desktop PCs don’t feature 4GB of RAM. Time to upgrade your home PC, lest it feels inadequate.

Amazon puts the Fire out Remember Amazon’s very own Fire smartphone? You probably don’t, it never made it to South Africa and it was a bit… unusual. Either way, that has run its course and Amazon have snuffed it. The Amazon Fire smartphone didn’t garner great reviews and increasing discounts for the phone have led to sales eventually being stopped. In a manner of speaking. Stock of the handset is sold out and Amazon have no plans to create or sell any more so that’s it. The Amazon Fire phone has been put out.

Vodacom has some might ambitious FTTH plans for SA

Everybody wants a bigger piece of the internet pie. Home users want a fatter pipe and those who install pipes want the home (and business) users. So it comes as no surprise to hear that Vodacom are going to be pushing into that whole Fibre To The Home thing in a big way. Initial plans are to develop fibre in neighbourhoods, as has been done by Vumatel and the like, with prospective users being invited to express their interest via Vodacom’s website or in Vodacom stores. It’s great to see some competition out there at last.

We’d definitely take to space in something called the Starliner Science fiction has a lot to answer for but we’re going to give points to Boeing for their naming conventions with the CST-100 Starliner, a new commercial space transportation vehicle that will a) take astronauts to the International Space Station and b) take tourists to low-Earth orbit. It’s not going to be ready to ride for a while though, as Boeing and NASA are still in the R&D stages. There’s set to be a series of tests that will culminate in a launchpad abort test in 2017 before it goes into space, lofted by an Atlas V rocket, for further tests. That’s it, we’re done. Finished. Might as well retire. The Pokémon series is well known for its ability to consume hours at a time when you’re not expecting it but up till now it’s always been fairly easy to avoid. Just leave your Nintendo-branded hardware at home or in a drawer or something. But it’s just gotten harder to do that. Nintendo have announced, in conjunction with Niantic and The Pokémon Company, the existence of Android and iOS game Pokémon Go. Yes, Pokémon is going mobile. Pokémon Go will launch next year and will see players hunting for pokemon in real-world locations, AR style – not unexpected given Niantic’s involvement. Oh dear… we’re not going to be able to look anybody in the eye after this.