AMD and Radeon part ways – in a manner of speaking Some industry news, and only applicable if you’re hoping to impress someone with your grasp of the finer details of Intel/AMD/Nvidia rivalry, is that AMD has announced places to turn their graphics division into a standalone called Radeon Technologies Group. Which, if you remember the great ATI/Nvidia wars of 2008 (those were the days), is where we came in before chip-maker AMD bought and took over graphics company ATI. AMD say that the decision to spin off this new company is to “…more agile, vertically-integrated graphics organization focused on solidifying our position as the graphics industry leader, recapturing profitable share across traditional graphics markets, and staking leadership positions in new markets such as virtual and augmented reality.”


It was only a matter of time before drone companies saw the profit in making their own cameras – especially since the likes of GoPro are about to start muscling in on their turf by releasing drones. So DJI’s revelation of what they’re calling the first aerial micro four thirds cameras, the ZenMuse X5 and X5R, designed specifically for the DJI Inspire 1 drone should have been expected. 16MP stills, 4K video and interchangeable lens could be your domain soon. If you can afford it. The X5 and a 15mm f/1.7 ASPH lens will cost $4,500 (R62,000), the X5R will run you $8,000 (R110,000) when it launches at year-end.


Speaking of action camera companies, GoPro have taken a page from the Eric Cartman School of Business and put their VR-filiming rig – which consists of 16 GoPro Hero 4 Black units mounted in a circular rig – on sale. But you’re got to prove that you can handle it before shelling out the massive price ($15,000/R205,000). The reason given is that production of the camera rigs will be limited and we’re sure that GoPro wants to have the best VR content shot with their product as possible with those limited units.

Source: GoPro via The Verge

Watch the Ultima Evolution tearing through the British countryside. Just because.


Ultima could be one of two things – A game series started by Lord British himself or an auto manufacturer from Britain. In this case it’s the second and the Ultima Evolution, in spite of sounding like the next instalment in that game series, is 6.8 litre V8, 950kg, 0-to-100km/h-in-2.3-seconds, 386km/h top-speed having supercar. Which is road-legal, at least if you’re a resident of Britain, but we’ve got no idea where you could let something like this stretch its legs. But let’s just watch it in sedate action this Friday morning. You all knew this day would come. Search your feelings, you know it to be true. Disney, the current owners of the Star Wars franchise, are going to be getting started on Star Wars Land a little earlier than expected. Rather than waiting till 2017 to start building that moon in California and Florida, they’re going to recreate the Millennium Falcon, that cantina on Tatooine and other iconic locations from the science fiction universe next year. When they will be done isn’t known yet but as they “…want people to feel like they’ve stepped into the world of Star Wars“, it’ll probably take a few years. 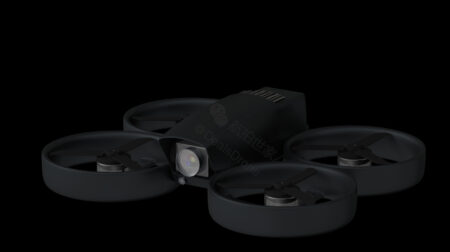 DJI may be working on a new first person view drone, made for the great indoors