When we reviewed the Jawbone UP3 last month we were whelmed at best. Two of our chief gripes about the fitness tracker were its lack of constant heart rate monitoring and the fact that you needed to put it into sleep mode and wake it up again each morning, something we found almost impossible to remember to do. Now Jawbone has addressed both of these issues with firmware updates for the Jawbone UP3, its predecessor the UP2 and the accompanying mobile apps for Android and iOS. 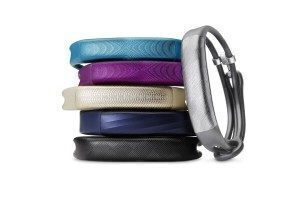 With today’s update, the UP3 will now detect passive heart rate in addition to the resting heart rate it previously calculated when users took the device out of sleep mode each morning. This passive heart rate functionality captures the wearer’s heart rate periodically throughout the day, providing a more comprehensive picture of heart health.

At the same time, automatic sleep detection is now available for both the UP2 and UP3, meaning the devices will automatically detect when the wearer falls asleep and wakes up. This immediately elevates both devices in our estimation and makes the UP range of devices otherwise excellent sleep tracking — that includes info on time awake and REM, light and deep sleep — that much more useful, and that much more likely to be accurate.

There’s still no display on the UP3, but that’s not something a firmware update can fix. Hopefully we’ll see one in the UP4 (if it even turns out to be called that), but we realise that decision may have an impact on the wearable’s appearance and battery life. We prefer features to prettiness, but that might just be our geekiness talking. Fashionistas we aren’t.