Artificial intelligence, that is. We should all know that there’s precious little human intelligence in traffic – it’s hard to see how machines could do any worse. Seriously though, Toyota are going to be setting up AI research centres at both MIT and Stanford University, something that will cost the company $50 million over the next five years. The point is to improve intelligent vehicles, research that will then be taken through to “improve quality of life through enhanced mobility and robotics”. A laudable aim and one that has fewer traffic accidents at the end of it.

SpaceX’s largest rocket, Falcon Heavy, will be taking to the skies in 2016 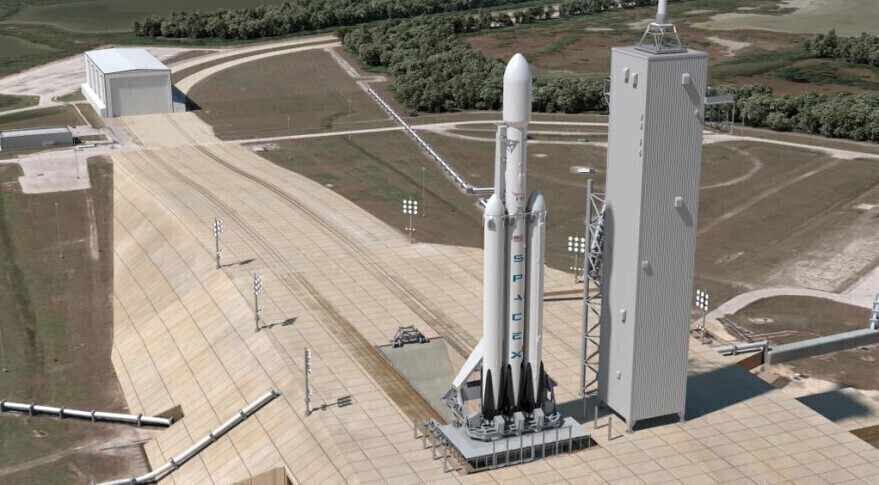 What’s better than a massive rocket launching into orbit? Er… nothing that we’re allowed to print here, sadly, but there are few sights more impressive than the corpses of dead dinosaurs launching a 53,000kg payload into space. That makes SpaceX’s Falcon Heavy, which now has an early-to-mid-2016 launch date, one of the most powerful rockets ever built. Even if its profile almost qualifies it to be an Austin Powers gag when seen on radar…

Why would you plate a smartwatch in actual gold? LG has its reasons… We can understand having a Swiss chronometer that costs the same as a small island in the Pacific, even if we’ll never afford one, but doing something similar with a smartwatch – which is almost by definition going to be obsolete in a couple of months – doesn’t make a whole lot of sense at all. Even so, that hasn’t stopped LG from teaming up with jeweller Reeds to create a 23-karat gold version of their Urbane smartwatch, called the Urbane Luxe. What’ll it cost? More than the R17,000 asking price for the regular Urbane and since Reeds and LG are making this a limited run of 500 devices, you can expect the pricing to climb that much higher. If there’s one thing we like, it’s knowing where all the free WiFi is. And there’s a little more on your way to or from your destination, thanks to a new deal between Total and Telkom. The deal will see users getting 30 minutes of free WiFi at any one of 260 service stations around South Africa so you’ll soon be able to quieten the kiddies by letting them update social media while you work the kinks out of your back and ankles. There’s a paid-for addition on the way as well, of R15 for 15 minutes or R25 for an extra hour, if you run out of the free stuff. And you’ll know whether you can access free WiFi at a Total – just check whether they have “branded food offering” like a Steers or something.

We thought we’d see a bionic soldier first, to be honest The woman you see above (if you clicked the Read More section at the bottom of the email) is Rebekah Marine, a model with some very advanced bionic additions. She’s impressive for three reasons. She has an i-limb quantum bionic prosthetic, which replaces the right forearm that she was born without. She’s going to be taking part in the New York Fashion Show, a lifelong dream that was almost never realised due to the whole missing forearm problem. And since she’s also a Marine (technically), she’s confirmed everything Hollywood has told us to expect about the popular rise of human augmentation – in a manner of speaking, anyway.