The Macbook Air typically hogs all of the attention around the Stuff offices but then we got one of Apple’s new 12-inch Macbooks in and the Air was nothing but a distant memory (expect that review soon, just by the way). Not everyone starts salivating at the sight of new Apple hardware though and for those people there is now an option. That option comes from Asus in the shape of the ZenBook UX305.

Long story short, if you ever wanted to have a Macbook Air with Windows installed but don’t want to muck around with setting up a dual-boot system, this is the notebook to get. Asus’ little machine is what you get when you combine the specs of the new Macbook from Apple (almost piece-for-piece, in this case) with the size and (less than the) weight of the Macbook Air. The white colouring just reinforces the idea that Asus have borrowed liberally from Apple when creating their own lightweight, efficient computing device. Except that Asus might just have done it better – until later this year, anyway.

The ZenBook UX305 we had for review was as slim and light-weight as you could want from a notebook and came fitted with a full-sized keyboard – minus the NUM Pad – and a generous trackpad, which wasn’t a total disaster to use… The 13.3-inch display we had was an eye-fluffing 3,200 x 1,800 QHD screen but there’s a more reasonably priced HD-screened version of this one out there if you don’t want the extra pixels. Why don’t you want the extra pixels? The rest of the specs were similarly high-end, for a given value of high-end. My review UX305 had a 1.2GHz Core M-5Y71, 8GB of RAM and 256GB of solid-state storage, specs that are matched and in places exceeded by variants of Apple’s new Macbook. Buyers can also opt for a 4GB system memory version of this ZenBook but it runs so smoothly with the 8GB that I just wouldn’t be able to go back.

Intel does the graphics too, the company’s HD Graphics 5300 chip is inside this lightweight Windows-wielder (just like the Macbook) and there’s 802.11ac WiFi (ditto) with full backwards network compatibility. You’ll still want to upgrade your home router setup though. In terms of ports, there are three USB 3.0 connections, a card-reader and headphone socket as well as a microHDMI er… hole. There’s no space for much else, given the UX305’s 12.3mm profile. What do you use something like this ZenBook for? It is under-specced for gaming and over-specced for Facebook so the target user needs to be someone who is after more than just a casual PC but who isn’t going to be pushing the parts too hard.

So media consumers, social media fiends and other people who like to work from wherever is convenient are the target market. And those people, while they aren’t too impressed by transistor counts and other useless numbers, expect a PC that isn’t slow. And our review ZenBook UX305 delivered, with some quite tasty benchmark figures cropping up in Geekbench.

For single-core performance, the UX305 managed 1958, jumping up to 3344 for multi-core. That’s not a bad outing for Intel’s Core M hardware. It won’t raise eyebrows among people used to real processors but it’s using almost no power to get its results. And the RAM helps, a lot, at making sure that there are few hitches in day-to-day usage. 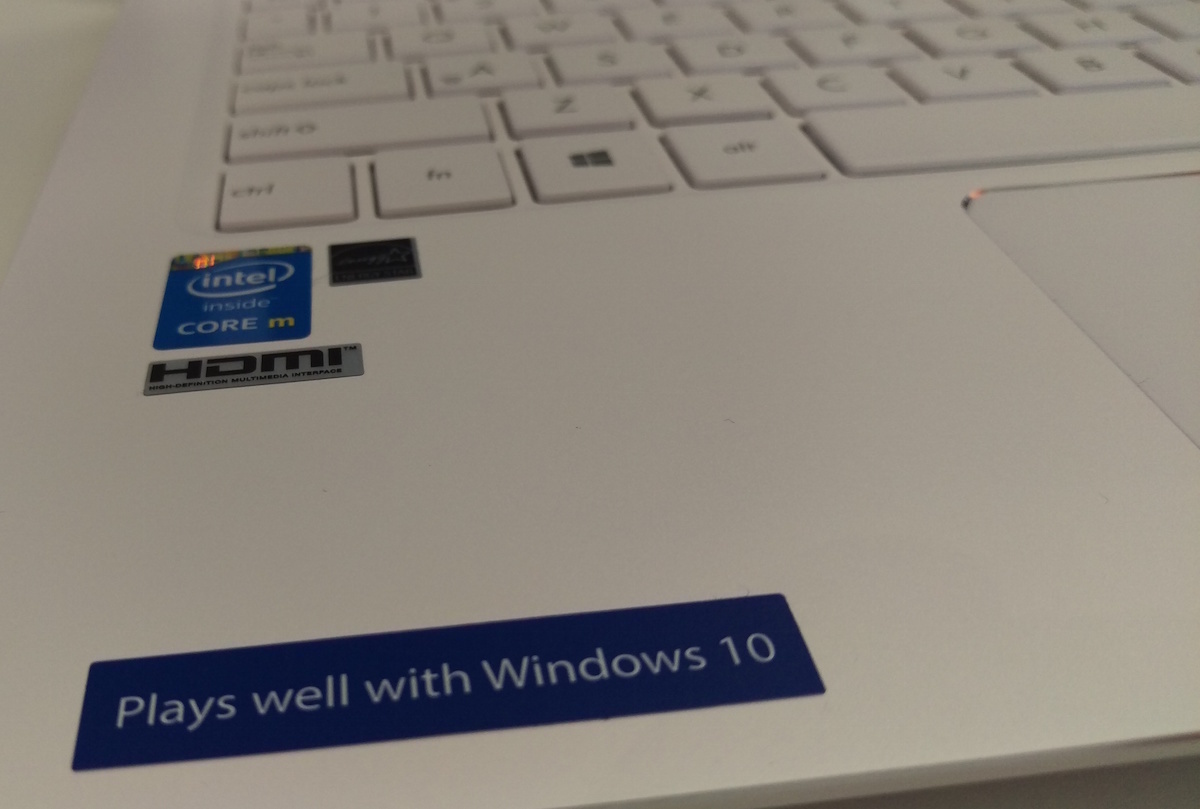 Okay, to be fair, I’m not going to be doing a straight head-to-head with the new Macbook today. I’ll be waiting for the day when Apple announces their new smartphones for that but it’s clear that if you’re going to be pitting the Asus ZenBook UX305, especially this configuration, against anything then Apple’s hardware is the place to look for an opponent. Another Windows machine just isn’t going to stack up here – the UX305 sits in a funny place as Windows machines go. It has enough RAM to function as a workstation but it is intended for more casual consumption, as is evidenced by the long battery life and butter-smooth general performance. Definitely Apple territory.

Another fight I’d have liked to have seen would be the same notebook running Windows 8.1 (its default OS) and then Windows 10. Unfortunately it just wasn’t possible for this review but we might have another look at the ZenBook as soon as we can arrange the new OS.

It’s not the fastest notebook you’ll ever use but it’s one of the lightest, with a high-res screen, all the RAM and the kind of battery life you’d expect from an old Nokia phone (if those phones were capable of displaying HD video). It’s also a way for a Windows-only fanboy to see what the other side have been living with for years now. If you didn’t care about the operating system then the best way to choose between this and the new Macbook would be to flip a coin.