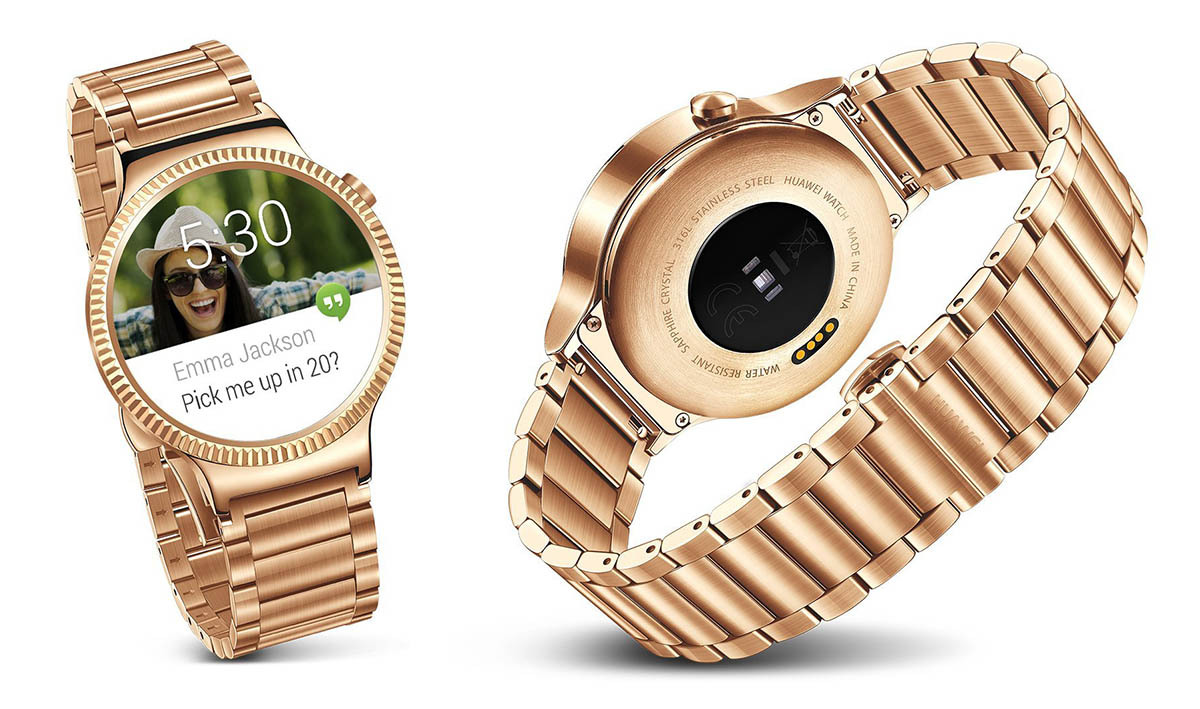 Hiuawei may have had a case of premature declaration, with details of their Android Wear watch popping up on their own Twitter account over the weekend. That tweet has since vanished but the images, price and details of the four models incoming (with an official 2 September reveal expected) have managed to stick around. There’s an entry-level stainless steel watch on the way for $350 (R4,800) while the gold-plated piece will set you back around R11,000. Oh and here’s the funny thing – that Android Wear watch might just be iOS-compatible.

In case you were doubtful, let’s take a trip to Venice again – BlackBerry’s Android handset looks good in photos Anyone can create a convincing render of a smartphone, it’s another story when someone is holding the working article. It’s all about the BlackBerry Venice, that slider Android phone that has been rumoured but never properly confirmed. Well the latest set of images, showing the phone from all sides as opposed to being a computer render, look pretty convincing. And the most convincing part is that the smartphone seems to be running Android Lollipop quite cheerfully.

Wearables are here to stay. Why? Ask the Pentagon

Or ask the Flexible Hybrid Electronic Institute, rather. The Pentagon is teaming up with a selection of tech companies (around 160 of them) in order to develop devices and sensors that are capable of stretching and flexing. Combat operations are one use that such tech would have, with sensors being built into uniforms, but they also point out the medical and consumer benefits of developing new sorts of sensor tech could confer on the world. The Flexible Hybrid Electronic Institute is getting a total of $171 million in funding, $75 million of which is coming from the US Department of Defence. Flash is boned. More or less. And that’s because Google’s Chrome web browser is about to start automatically pausing any Flash-based advertising in web-pages visited by its users. Don’t get too excited, that doesn’t mean that there will be no adverts. This is Google’s AdWords, not Ad Blocker, so HTML5 content will still appear but advertising that uses Flash – which tends to slow your browser down – is toast from 1 September. Nice of Google to start off with a little Spring cleaning for us. Bad news, Commander. The aliens are going to have control of Earth’s government for a while longer than expected as upcoming PC-exclusive title XCOM 2 has been pushed back to February 2016. The turn-based marvel was originally due to launch in November this year but it seems as though the human resistance to alien takeover needs a mite more polishing before its ready to launch. It’s going to be worth the wait though, you can bank on that.