Ever heard of a WISP (Wireless Internet Service Provider)? Nope, didn’t think so. And that’s part of the problem Alan Knott-Craig the younger wants to solve with his new business venture, HeroTel.

HeroTel plans to launch at the beginning of April next year, by which time it hopes to have made some progress consolidating the existing WISP industry. The forthcoming service was started after Knott-Craig acquired two existing WISPs, Snowball out of Stellenbosch and Cloud Connect from George.

Of course, Knott-Craig is no stranger to wireless internet solutions. He’s currently CEO of Project Isizwe, the free Wi-Fi network the City of Tshwane has been convinced to bankroll (ballsy, no?), and previously headed up what might well be the most complained about connectivity provider in the country, iBurst.

HeroTel was formed following the acquisition of Snowball, based in Stellenbosch, and Cloud Connect, based in George, and has some seriously big hitters in the investor consortium backing it, including former FNB CEO Michael Jordaan, former RMB CEO Mike Pfaff and former RMB CIO Derek Prout-Jones. 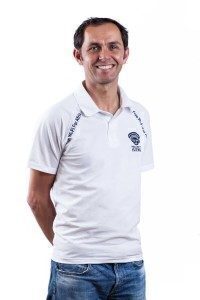 Not one to shy away from a challenge, Knott Craig says HeroTel “plans to consolidate the WISP industry in order to provide a single national wireless broadband provider”. Which is code for, “HeroTel wants to stick it to Telkom”.

Let’s not forget government has expressed its desire to use Telkom as the backbone of a “national broadband provider”. Thankfully, however, companies like Vumatel and Fibrehoods have stepped up to the plate and begun providing fibre connectivity to select suburbs rather than waiting for Telkom and government to meet the nation’s connectivity needs.

If HeroTel can provide the “fast, reliable wireless broadband at affordable rates to households and small businesses” it claims it intends to, we say bring it on. We’ve long since learnt that waiting for Luthuli House or the Department of Communication to recognise the importance of high-quality broadband connectivity (or spectrum allocation, for that matter) let alone do anything about it is about as much fun as slamming a car door on our junk… repeatedly.

“South Africans need fast, reliable and affordable broadband and are increasingly looking for an alternative to ADSL,” says Knott-Craig. “WISPs already satisfy this craving with net profit margins reaching as high as 40%. However, due to the fragmented nature of the industry the WISPs suffer from lack of coordination. HeroTel plans to consolidate the disparate regional wireless broadband providers under a national brand and unlocked the economies of scale.”

In other words, if AKC has his way, all our WISPs are belong to HeroTel.

“HeroTel is not about building a telco from scratch,” says Knott-Craig. “It’s about consolidating an existing network of hundreds of wireless broadband entrepreneurs and aligning them with a greater mission: Making it easy to get fast, reliable, affordable broadband.”

We’ll have to wait until April to find out exactly what constitutes “fast”, “reliable” and “affordable”, but we’re hoping it all pans out as planned. Even if it only creates more competition by providing a viable alternative to ADSL or mobile data we’ll welcome HeroTel with open arms… and wallets.