Got a decent internet connection? Don’t want to jump through hoops to get around Netflix’s region restrictions? Tired of rolling the dice with torrents? Disappointed by Altech’s Node and the VIDI streaming service? Then Naspers is hoping you’ll consider spending R99/month on its new video-on-demand streaming service, ShowMax, that launches in South Africa today.

Unveiled at a plush launch event in Johannesburg today, ShowMax offers apps for iOS- and Android-powered phones and tablets, a browser version for laptops and desktops, and apps for Samsung and LG’s smart TVs. ShowMax also supports Apple’s AirPlay functionality. The service is offering a no-hold-barred seven-day trial period of its premium offering, the aptly named ShowMax Premium, after which the R99/month fee applies. The subscription includes the ability to watch up to two different streams simultaneously on two separate devices, and the option to access to the service from up to five devices. Users can pay via credit card, PayPal and, in future, using vouchers.

ShowMax is also offering a free version of its service called ShowMax Basic, which includes a range of local content and classic children’s movies.

In terms of content, ShowMax Premium offers more than 10,000 hours of video at launch (with more than 19,000 episodes of various TV series), including a large amount of local and African content. The offering includes TV series, movies (contemporary and classic), stand-up comedy, documentaries and children’s shows.

ShowMax is sourcing content from studios like CBS, HBO, MGM and Time Warner internationally, and Kyknet, Mzansi Magic and SABC on the home front.

ShowMax will also offer a range of British TV series, including Absolutely Fabulous (sweetie darling!), Allo Allo, Black Adder, Downton Abbey, Sherlock and the shows of too many celebrity chefs to mention.

Heading up the new service as GM is DStv veteran John Kotsaftis, who’s pretty upbeat about ShowMax’s chances in South Africa. “We’re unashamedly ambitious in what we’re aiming to achieve with ShowMax,” he says. “The ongoing change in viewing habits has given us the opportunity to build a video-on-demand powerhouse to feed the marathon viewing trend. 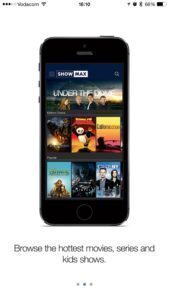 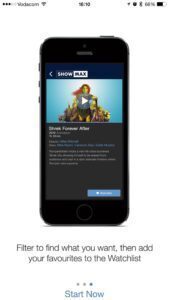 “We’ve got all the best content from Hollywood and beyond, but at the same time we also have the local content that consumers here expect. Importantly, we’re bringing this in at an attractive price, and doing this across more devices than ever before.”

Kotsaftis says ShowMax hopes to have its first, original show on the platform before the end of the year. Given Netflix’s success with its own shows like House of Cards and Orange is the New Black, it’s no wonder Naspers’ service wants to emulate this. Kotsaftis can’t talk to what the content might look like, but blessedly, we’ve heard rumours Leon Schuster has retired.

The real question is, will South African consumers with the requisite internet connection (ShowMax claims 2Mbit/s is sufficient, but we’re guessing you’ll need a 4Mbit/s connection in reality, with 10Mbit/s or more preferable for full-HD streaming) forsake their DStv subscriptions for ShowMax. Given the lack of sporting content on ShowMax, the pull of SuperSport probably remains strong. Moreover, will those techies who’ve circumvented Netflix and Hulu’s region restrictions drop them in favour of Naspers’ product?

Kotsaftis seems to think so. “We’re aiming to change the game,” he says. “ShowMax won’t just be the best subscription video-on-demand service available in South Africa — we’re competing with the best in the world.”

Them’s fighting words. We’ll be sure to test their voracity when we put ShowMax to the test in coming days. We’ll have a review up as soon as we’ve done so. 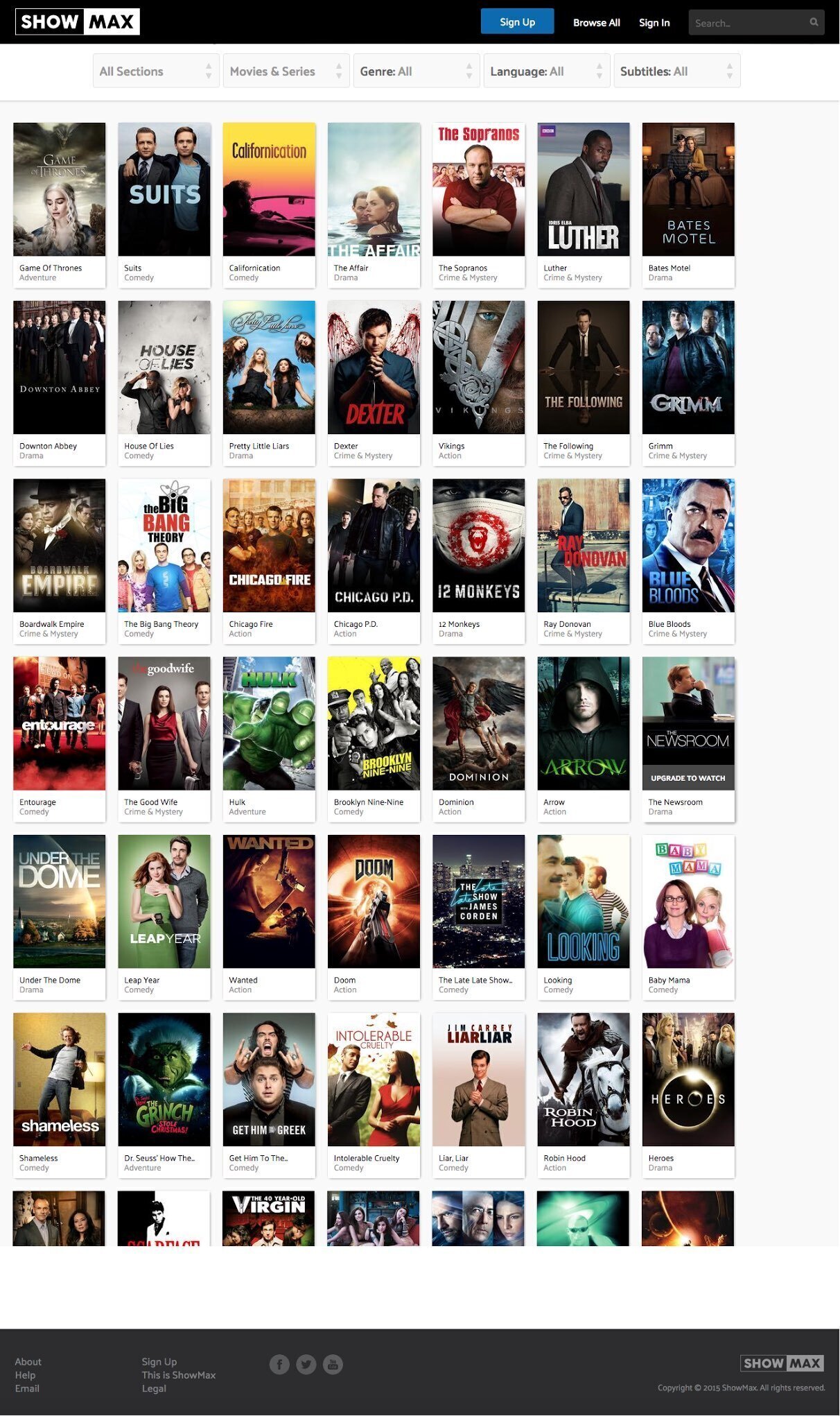