We’re terrible when it comes to shopping, with a voluntary blindness when it comes to consumables with vitamin content. We breeze right past the fresh produce and sink our teeth cheerfully into the biscuits and other packaged snacks instead. Perhaps Discovery’s newly launched app, HealthyFood Switch, could help us there. 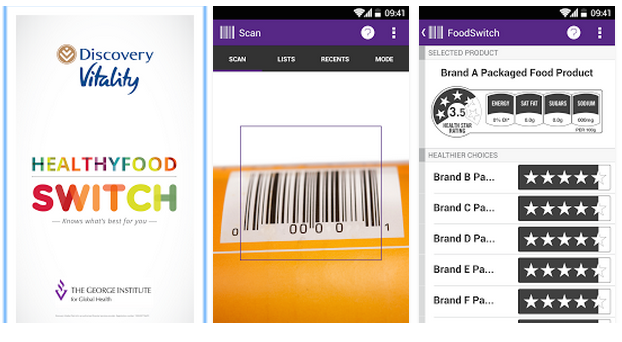 That’s what HealthyFood Switch has been designed for, after all. First launched in Australia in 2012, the Android and iOS app is supposed to help you make healthier eating choices when you’re out shopping without lumbering you under a whole pile of research and lists upon lists that you need to refer to.

Instead, users will just have to scan the barcode of the item at any store (Pick n Pay and Woolies are running promos for the app for now) and the app will give users feedback on the health status of the item that they’re holding. The status is either represented by stars out of five, with five being the best option, or a red, orange or green colour code. Green is good, obviously.

So that means that most of our shopping trolley will get a Red out of Five stars rating but the app doesn’t stop there. If there are healthier alternatives in-store, the app will suggest that you put down the delicious cake and get something that won’t bring on an early coronary instead. It’s that last bit that’s the nice touch and then there’s the database.

When HealthyFood Switch first launched, it had 17,000 items in its database. Users can add to that database, a fact that quickly led to more than 75,000 food items being scannable so we can expect much the same with South African foods.

HealthyFood Switch will benefit Discovery Vitality members, of course, but you don’t have to be a member to use the app. You can nab it now on iOS or Android as a free download.