We have got a second giveaway for the months of July/August and it’s more musical than our usual giveaways… though you could argue that every smartphone we give away has a musical element attached to it.

Coming by way of Gallo Record Company’s South African arm are a selection of music albums and there’s something that should appeal to just about everyone – though if you’re looking for some Technical Progressive Black Doom Metal, you’re out of luck this time. If you’re a pop, jazz or rock fan, you’re in luck. 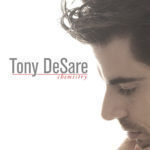 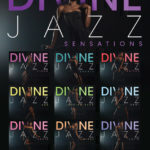 Tony Desare – Named a “Rising Star” Male Vocalist in Downbeat Magazine’s Critics Poll, Tony DeSare has lived up to the distinction by winning critical and popular acclaim for his concert performances throughout the United States, as well as in Australia, Japan and Hong Kong.
“Pure Chemistry” – Stephen Holden – New York Times- “This Kid has got what it takes – Step aside and listen” – The Times
Marilyn Manson – Worldwide Marilyn Manson has sold over 68 million albums. Three records went platinum and three were awarded gold, while the band has seen six of its releases premier in the Top 10, two being number-one debuts.
Divine Jazz Series – The Divine Jazz range offered in a 10 CDs series format. Incorporating some of  biggest jazz hits that covers all jazz sub-genres; from Jazz Vocal, Straight Ahead to Smooth Jazz. This range will satisfy your jazz thirst.
The Parlotones – One of the best rock acts, multi-platinum sellers, this SAMA-winning band delivers yet another great album. Supported by a national tour for June, July and August.

By now you will have made your choice concerning which album you want to add to your collection. But before we get to the important bits, here are the Terms and Conditions. The competition is only open to South African residents with an address in SA, as usual. If you won in the last couple of giveaways then you’re ineligible and if you’ve won a magazine prize in the last few months (the May, June or July/August issues), you’re ineligible for a bit longer. And, if you work for Stuff Magazine in any way, shape or form, you’re also ineligible. Just remember, the winner will be announced on 15 August 2015.