Tim Cook and the crew at Cupertino are now shaking their heads smugly at those who suggested Apple had given up on the iPod Touch. The latest versions transform what to many was little more than an ageing iPhone (without the “phone” bit) into a device that can almost hold its own against an iPhone 6. We say almost, because it’s not just the Phone app that’s absent, which makes us love and hate the new iPod Touch in almost equal measure. 1. The potent A8 chip inside

Generation five of the iPod Touch was looking a little dated beneath its shiny exterior. The devices were powered by the same A5 chip found in the iPhone 4S. Thus the new chip is less an incremental upgrade and more like strapping a jetpack to the iPod Touch.

The new A8 is the same one that runs the iPhone 6, meaning an enormous performance improvement, and not just in games optimised for Apple’s Metal. The M8 motion co-processor also makes for vastly improved fitness tracking.

Sure, you can get plenty of Android phones with better specs for less than the cost of an iPhone, but with the new iPod Touch Apple is at least sticking to its own pricing for previous generations of the device. The 16GB, 32GB and 64GB models are all expected to cost exactly the same as their predecessors despite the fancier hardware they contain, and then there’s the new, jumbo version…

The 128GB iPod Touch is the closest thing you’re going to get to the now-discontinued iPod Classic with its mammoth 160GB of storage, making it ideal for the hoarder who needs to have 100GB of content in their pocket at any given moment. It’s also perfect if you’re the sort who installs plenty of games — with iOS games themselves getting bigger — and the residual data that can hang around when you uninstall them. Traditionally, Apple hasn’t paid much attention to the camera on the iPod Touch. Heck, the 16GB 2013 model didn’t even bother with a rear camera and those installed in the rest of the range were a bit, well, rubbish. The new iPod Touch has a camera that seems to match the specs of the one found on the iPhone 5S — including its slo-mo and burst features — and there’s an 8MP iSight camera to boot.

5. Wi-Fi should be much faster

Apple’s claiming “three times faster Wi-Fi” on the new iPod touch, which should help with everything from FaceTime calls to downloading games and movies, especially if you’ve forked out for the jumbo 128GB version and need to stock it.

We’re going out on a bit of a limb here, but the new iPod Touch range suggests we might get a 4-inch iPhone that doesn’t have the performance problems of other “C” range iPhones. It’s got the processing power and a respectable camera, which would be enough to justify rainbow coloured cases. All it needs is GPS, 4G/LTE (or at least 3G) and Touch ID and it would make for a perfectly desirable smartphone. Look, we hardly expected Apple to include a SIM slot in a device that would severely undercut the very popular (and lucrative) iPhone, but we can dream, can’t we? Also, the lack of GPS harks back to the first iPad, which soon corrected the omission in every subsequent version of the device. If all else fails, though, one can always tether the iPod Touch to a mobile hotspot, whether that’s a standalone Wi-Fi-enabled device or merely a budget Android phone. 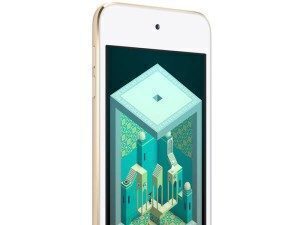 Touch ID is the sort of thing we didn’t realise we’d miss until we’d had it. But now that we have, operating an iDevice without it feels like we’ve fallen into some sort of black hole that’s spat us out in the dark ages. What? You expect us to peck out a password to unlock the thing or buy apps? Pffft. There’s also no mention of the iPod Touch supporting Apple Pay (not that it’s even available in SA yet), which is another differentiator for the iPhone.

3. There’s no iPod Touch Plus

While the prospect of the iPod Touch heralding the return of an excellent compact iPhone model is pleasing, we’re a little sad there’s no model with a larger, iPhone 6 Plus-like display. What can we say, we want it all, especially because the iPod Touch is so well suited to creative apps like photo and video editors and, of course, to mobile games. 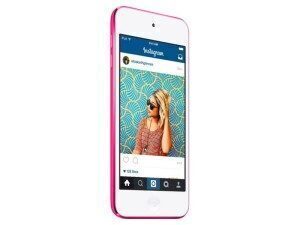 4. The smallest model is still 16GB

You’d think after all the complaints about the impracticalities of the 16GB iPhone 6 and 6 Plus Apple would’ve done away with the 16GB versions entirely in favour of a 32GB minimum, but it hasn’t. Sensible consumers will know to spend few hundred rand extra for the 32GB version, but some poor bastards are still going to choose to go for the cheapest one only to be told their device is almost full once they’ve installed some apps and captured some HD video, sending them scrambling to delete duplicate pictures or uninstall unnecessary apps.

5. The rest of the iPod range is unchanged

Despite the updates to the iPod Touch the Nano and Shuffle retain exactly the same specifications as their predecessors. The rest of the iPod range has only be updated cosmetically, and that’s a bit of a letdown. There was a time when the Nano and Shuffle were the devices where Apple got playful, testing new shapes and designs. Now they seem destined to eventually join the iPod Classic on the tech rubbish heap.