Yesterday Apple’s long awaited and eagerly anticipated music streaming service, Apple Music, launched in 100 countries, including South Africa. The service is available as part of an update to Apple’s mobile operating system, iOS and an update to iTunes for Mac. Android and Windows users will get the service later this year. As is Apple’s style, it’s late to the streaming game, but it’s hoping some of its unique features will be enough to woo those who’ve already subscribed to rival services.

Apple Music is very competitively priced when compared to existing services in the South African market like Simfy Africa, Deezer and Rara, all of which are priced around the same point, and Tidal, which is twice the price. With 30 million tracks on offer it’s also equally well stocked. An individual subscription to Apple Music costs R59.99/month, while a family subscription (which allows for up to six users and works via Apple’s Family Sharing functionality) costs R89.99/month. Pricing aside, Apple offers a three-month free trial of its service, which is three times longer than even its most generous rivals. 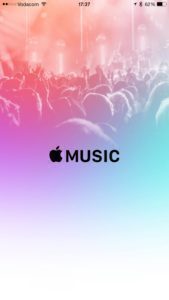 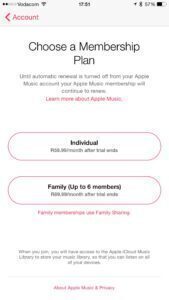 It’s that three-month trial, along with the promise of human-curated playlist and radio stations and the fact that Apple Music will henceforth come preinstalled on every Apple device which makes it foolhardy to count Apple out despite the head start it afforded competitors by its foot dragging. Plus, Apple Music has launched in regions where Spotify, the granddaddy of music streaming, has yet to (like here in South Africa). For those South Africans using Spotify via digital trickery and paying the $10/month subscription fee, Apple Music’s price alone is reason to seriously consider switching.

Upon first launching Apple Music users are asked to initiate the three-month trial and select a handful of genres and artists they like so that Apple’s recommendations features have something to work with. We were impressed with the range of local bands and genres on offer, and Apple’s first suggestions for playlists, albums and artists (found under the “For You” tab) were remarkably accurate. Of course, long-time users of iTunes who have existing purchases or use iTunes Match to upload their own music to iCloud can integrate existing content and playlists into the service, all of which serves as further fodder for recommendations.

Aside from its white background and Apple-style minimalism, Apple Music closely resembles rival services. That’s to be expected given they all work similarly, but small touches like transparency on content pages and band and artists biographies on albums and playlists alike make even the most recent versions of rival services look a little rudimentary and dated by comparison. Apple’s also included a feature called “Connect” that allows bands and artists to share their own content, like behind-the-scenes videos or images, with those Apple Music users that opt to follow them. 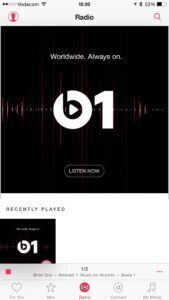 In another novel move, Apple’s also included a 24-hour global radio station in its offering called Beats 1. The station launched yesterday and is manned by former BBC Radio 1 DJ Zane Lowe in Los Angeles, Ebro Darden in New York and Julie Adenuga in London, and plays a broad mix of music while also offering up interviews, guest hosts and specialist shows.

With all of the features we’ve come to expect from streaming service (custom radio stations, the ability to store tracks offline, suggestions for new music and the ability to integrate existing audio content), plenty of hype and its lengthy trial period Apple Music is certainly worth a spin. Just turn off the auto-renewal function under settings (and perhaps the default setting that automatically follows artists when you add their tracks to your library) and you’ll have until the end of September to decide whether or not you think the service is worth the R60/month fee.