It’s all getting too big to be ignored. Apple’s rumour mill has been spinning like a stationary bike in an upmarket gym and it’s time for a rundown of everything that has come out of the speculation and unconfirmed reports. So far, that is, as we’re fully expecting that there will be more to come as we get closer to the reveal date of Apple’s new products. Whenever that is. We could have an iPhone 6c on the way

Seriously? Apparently, yes. And, then again, perhaps not. There have been a few sightings of what might be a casing for an iPhone 6c, dating back to the end of March this year. And, more recently, a Lightning dock from Apple themselves was thought to have spilled the beans by showing what looked like an iPhone 5c sporting a Touch ID sensor. Apple had an explanation for that one however, in the form of a design error. How likely are we to see a 4-inch iPhone 6c though? It doesn’t seem to be too positive, there are no confirmations from supply chain locations in China to date.

Force Touch for the iPhone 6s and 6s Plus?

Believing that Apple will be putting Force Touch into their new phones isn’t much of a stretch at all, based on their recent behaviour. It is already an integral component of the Apple Watch and Cupertino has recently revealed that the new 15-inch MacBook Pro has Force Touch included in its trackpad as well. A Force Touch display is expected for the iPhone 6s and the likely-to-be-announced 6s Plus and it wouldn’t be surprising if we saw it at all. Everything else is getting it. This one is quite recent but there’s a good chance that it’s on the money. According to a Chinese website, Apple’s looking at dropping their old faithful 8MP RGB camera sensor for the iPhone refreshes. According to the report there’s a Sony RGBW replacement on the way, a 12MP improvement that will result in better low-light performance from Apple’s phones. Like it needs it. These rumours appear to have corroborated earlier sources that claimed that a 12MP sensor is on the way, with smaller pixels than Apple’s existing camera tech.

Spec and body upgrades also on the way

It wouldn’t be an update without updated hardware and that’s what the iPhone 6s is expected to bringing to the table. A new processor? Samsung and Apple might be introducing the A9 processor to Apple’s handsets late this year. Korean outlet ETNews says that the A9, which supposedly went into production last year, is a 14nm FinFET chip that is expected to be more energy efficient, more powerful and… that’s par for the course for Apple. We’re just waiting on the percentages, really. There are also rumbles that the iPhone 6s will finally boost the RAM allocation for Apple’s handset though, like the rest of the above, we’re going to have to wait for Apple to come over all official-like. 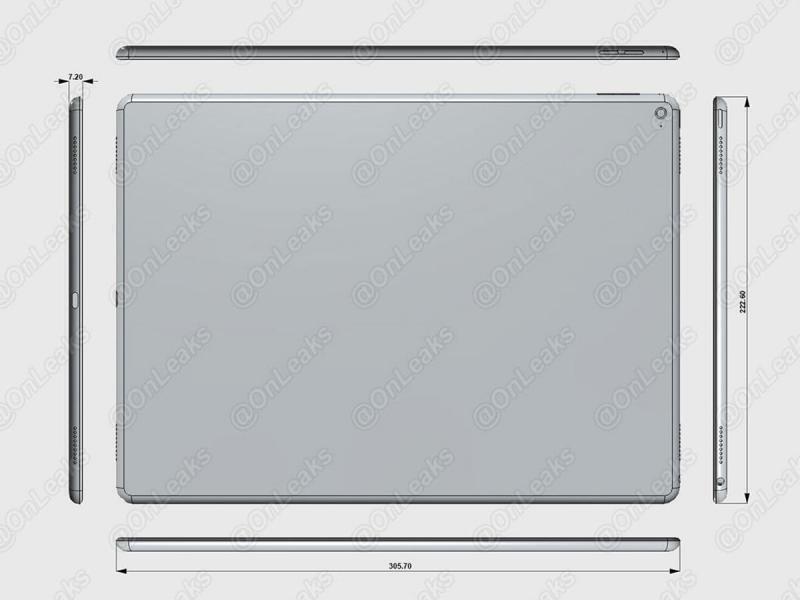 Force Touch and a monster battery

Force Touch is also expected to come to the much-rumoured iPad Pro. It’d be extremely interesting to see Apple’s implementation of their depth-sensing pressure tech on a tablet, especially on a 12.9-inch display like the one that the iPad Pro is thought to wield. Apple will apparently be looking at a 2k resolution for the Pro but no firm details on that exact resolution have been floated. There could be some interesting screen tech on the way though. The battery has a specific capacity and it’s in keeping with the increased screen size – 11,000mAh. Another item that makes sense, if you’re going to be powering a larger display you’re going to need more juice.

We’re still not sure about the name

The iPad Pro is the name being bandied about for the 12.9-inch tablet that everyone thinks is on the way but there are a few other titles out there as well. There’s also the iPad Air Plus, which has a slightly different set of specs but could well be the same tablet, and iPad Plus. Apple’s traditional secrecy in the face of rumours means we’re not sure which is which but iPad Pro seems to be the most likely candidate. For all that the 12.9-inch iPad Pro is just a rumour, elements of it have been seen all over the place. We should say ‘purported images’ but there have just been so many leaks that it’s hard to not believe. Perhaps the best image is the one at the top of this section but there have been several cases for the slate seen around. We know that’s a bit like believing in gnomes because someone’s painted doors on toadstools but the information is coming from too many places at this point to not have at least some truth to it.

Yes, a stylus. That’d be out of character for Apple though, even for a tablet verging on 13 inches in size, and if we were going to discount any part of the iPad Pro reports then this would be it. The stylus prediction is just that, a prediction from KGI Securities analyst Ming-Chi Kuo. His timing is a bit off, given the original report, but his prediction of split-screen multitasking on the Pro keeps on cropping up. We’d have to say that the stylus odds are about 60-40 in favour of it not making an appearance.

We’ve been expecting a late 2015 launch of the iPad Pro since early March, when Bloomberg said that it would only go into production in September this year. There will be further delays that push the tablet back into 2016 if reports from ETNews are correct. That screen tech we referenced earlier might make production start later than expected if Apple is planning on waiting for that silver nanowire tech to be ready. The main question would be: If Apple pushes this tablet back to 2016, would they do an early release that is completely out of character or wait to slot it into their usual time-frame?