Following several delays, Batman: Arkham Knight is on track to launch in a little under a month’s time. When 23 June rolls around, we can expect to once again to take control of Gotham’s greatest hero as he faces off against the biggest threat that has faced his city since this series of adventures began.

First there was a tight situation at the Arkham Asylum facility for the criminally insane and then a mess in Arkham City, an open-world prison for Gotham’s criminals. But Arkham Knight (we’re not counting Origins, for reasons that will become apparent) is scaling everything up to eleven. The villains, the environment, the tech at Batman’s disposal, all of it is set to be bigger and better than we’ve seen to date. Here are eight solid reasons to be excited about this impending release.

1 – Rocksteady is back at the helm Batman: Arkham Asylum and Arkham City were created by Rocksteady Studios, who took a break from game releases for a while with Warner Bros., the series’ publisher, using an in-house team to create Arkham Origins. Origins was a good game, don’t get us wrong, but it wasn’t as detailed and polished as we’d come to expect from Rocksteady. The good news is that Rocksteady haven’t been on holiday, they used the time between the release of Arkham City and now to craft Batman: Arkham Knight and every sign is pointing to the series being back on top form for this release. Bigger is always better, and Arkham Knight is getting the largest playground to date in the Batman Arkham series. Just how big it is though? According to Rocksteady’s Gaz Deaves, “When you play Batman: Arkham Knight, you’ll be exploring an environment around five times the size of Arkham City, but really the important thing for us isn’t so much the scale of the city: it’s the detail and care that goes into every inch of it. That’s what makes it feel like Gotham.” So, not quite as large as The Witcher 3 but it’s still larger than anything else that we’ve seen in the series to date.

3 – You’re going to get to drive the Batmobile What good is having all that space when you have to walk and/or glide everywhere? Okay, the gliding is actually pretty awesome but Batman’s legs and arms must get tired. For long walks in the city there’s the Batmobile, which is making its first usable appearance. Players will be forced to use it in some situations, notably to breach certain buildings and take down unmanned tanks and drones but there’s also the prospect of jaunts around the city in the Dark Knight’s ride. Oh, and Rocksteady have said that there will be challenge modes for the vehicle as well. Yay! We’re not about to explain why but the Big Bad in this outing is apparently the Scarecrow (don’t think we’re forgetting what you did with Black Mask though, Rocksteady…) but there’s a sizeable roster of DC’s worst and dingiest making life unbearable for the Bat. In addition, there’s an all-new villain to the universe: The Arkham Knight. The Arkham Knight appears to be taking fashion tips from the Dark Knight and commands all those drones and tanks you’ve heard about, as well as a pretty sizeable army. He looks to be acting under directions from the Scarecrow… seems to be. But in case he’s too easy for you, Harley Quinn, Two-Face, the Penguin and a couple of other usual suspects – even the Riddler’s coming out of hiding – will be hanging about trying to exterminate the Batman. Also: Azrael, Hush, and at least two or three surprises should be in store. In previous Batman Arkham games, the main staple of combat is wading into an ocean of criminals and beating them senseless using anything at your disposal. This meant mostly fists, elbows, knees and feet but a couple of Bats’ gadgets would come into play. This is being enhanced for Arkham Knight and players will also have the opportunity to use a thug’s own weapon against them. Blunt objects for the most part, players won’t be able to pick up a knife or gun and turn it on the descending threat. It doesn’t fit Bruce Wayne’s particular… idiom.

6 – More assistance for the Bat – including tag-team fighting 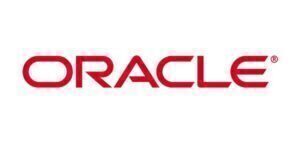 You know how bad things have gotten when Batman has backup. And in Arkham Knight there’s a lot of backup to be had. Jim Gordon has always been in the Dark Knight’s corner but Oracle is also acting as support, Robin, Nightwing and Catwoman will be making an appearance in a direct support capacity and there’s also additional backing on hand from a few high-profile cops. And this is spilling over to combat as well. Hard.

How do you refine a combat system like the one the Batman Arkham series features? Most competitors are just trying to replicate it. But Rocksteady are introducing Dual Play, which will let players switch control between more than one character in the midst of battle. So you could be kicking rectum as Batman, switch to Nightwing to cover your own back or to continue a combo and then switch back for a big finish. Looks like those Perfect Knight 3.0 achievements/trophies are going to be a bit harder to secure this time around.

This is a big one. Though Rocksteady are making sure that Arkham Knight is the largest game in the series, in the process they’ve done away with load screens. And if there’s one thing that we hate, it’s load screens. Just how they’ve achieved this hasn’t been detailed (we suspect black magic or the occasional load behind a cut-scene, as well as some very clever streaming) but if you’re transitioning from interior to exterior and vice versa, you’re not going to have to wait for a progress bar before continuing your investigations into… whatever the hell is going on in Gotham this time around. That’s very good news and more games would do well to emulate them.

8 – It’s all about the story (and the challenge maps) Batman: Arkham Origins decided that multiplayer was what the series needed. We’re not actually sure what the multiplayer component consisted of, because we never touched it, but by most accounts it wasn’t all it was cracked up to be. Rocksteady are not going that route at all though, they’ve opted to leave multiplayer out completely in favour of dedicating more time and resources to the single-player storyline – a move that too few games are making of late. Of course, there will still be challenge maps. Whether you’re going for a solid beatdown or just to see what sort of a Predator you are by terrifying the pants off generic goons, you’re going to have your after-story cravings satisfied. And let’s not forget that the Batmobile is getting its own challenges this time around. Roll on 23 June, when Batman: Arkham Knight will be launching for PC, PS4 and Xbox One.