It’s May the Fourth and you know what that means: Social media beset by Star Wars puns, jokes and bad photoshops (see Stuff‘s Twitter account for examples of this).

It’s not just the digital world getting in on the fun though, clothing brand New Era has some Star Wars-styled kit hitting stores in South Africa today, in the form of Darth Vader and Stormtrooper caps. This is a re-release of a lineup that the brand launched some time ago and if you missed it the first time, now’s your chance to rectify that. 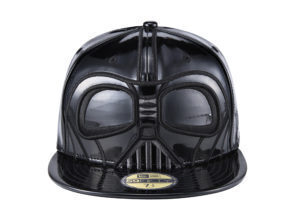 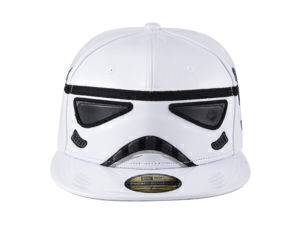 But stocks are going to be limited. There are only 144 each of the Darth and Stormtrooper hats launching at Cross Trainer and XTrend stores in SA today and they’ll be going for R800 a pop. Oh yeah, they’re also re-launching these in Europe today but we’re not too concerned about that.

The faux leather construction of these 59Fifty caps sits atop an illustrated satin-lined interior. If you’re looking for something a little less… disturbingly awesome, New Era is also dropping black and white versions of their 9Fifty Snapback caps with the Star Wars logo today, for R700 each (not pictured). And there’s a fresh crop of Star Wars headwear hitting Europe in June this year, so we will hopefully see them soon after.