The new MacBook is absolutely, positively, undeniably stunning. But those looks, it seems, come with a price.

We were bowled over by its incredibly thin, premium metal body, but reservations over its single USB-C port bring up a legitimate connectivity concern.

While you can solve that niggle with adaptors, there is another potential issue which no amount of money can solve – power.

MacRumors has spotted a Geekbench benchmark, allegedly carried out by a new MacBook, and its results are on par with the 2011 MacBook Air. 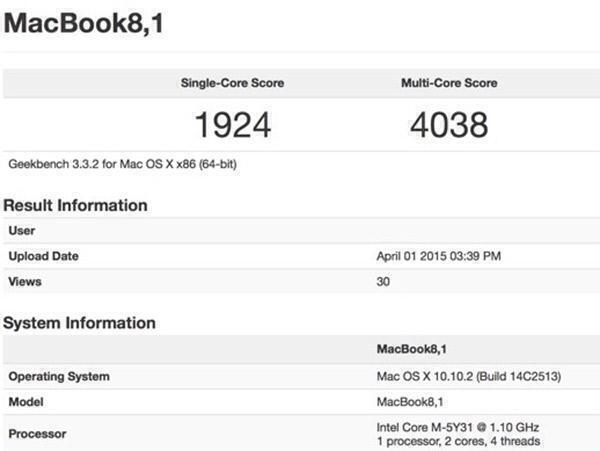 Power, it seems, is a price one must pay for the incredible sleekeness of the new MacBook.

It’s not all bad though. Those numbers are for pure processing power, which means they don’t take into account the integrated Intel HD 5300 graphics of the new MacBook, which will definitely outperform the equivalent 2011 MacBook Air.

Obviously we’d never expected an Intel Core M processor to crunch heavier numbers than an i5 chip, and these numbers confirm it.

If high-end gaming, raw power and graphical design are your thing, then the MacBook Pro remains your best (and priciest) bet, while the Air offers a decent middle ground for frequent multitaskers and casual gaming.

And as for the MacBook? It appears to be the best for those who want a functional work of art.

Stay tuned for our review of the new MacBook, to see how its performance fares in the real world.