It’s the drone issue of Stuff Magazine for the month of April and there’s a movie launching later in April revolving around robots – called Robot Overlords, fittingly enough – so what better time is there to give away a bunch of drones?

And we do mean ‘bunch’. Ster Kinekor have given us five Drone Force quadcopters – billed as the world’s smallest quad-copter – to give away. To promote the launch of the film, obviously but we also think that it ties in with our drone issue rather well. 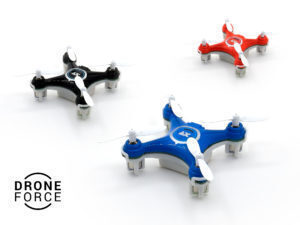 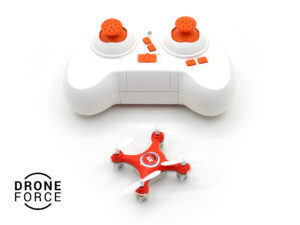 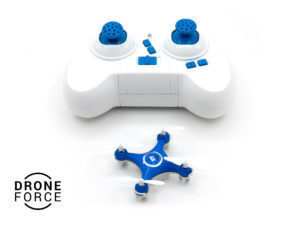 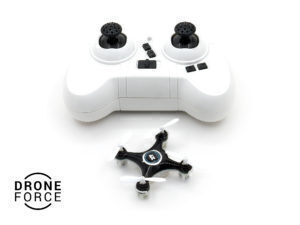 So here’s how it’s going to work: check out the text below, perhaps watch the trailer for Robot Overlords (no pressure) and then fill in your details below, answering the question in the entry form (correctly, please). Do that and you could be one of five people with a teeny little drone of your very own, valued at R395.

Ster Kinekor is proud to announce the release of Robot Overlords which bursts onto the big screen on Friday 10th April 2015. This quintessentially British production will have audiences on their edge of their seats. Robot Overlords is the story of planet Earth being attacked by robots from another galaxy. Human survivors must wear electronic implants and stay in their homes or risk incineration if they venture outside. However a small group of kids discover a way to switch off the tracking mechanism so they can sneak around without detection.

Robot Overlords features stellar performances from Ben Kingsley and the X-Files Gillian Anderson. This action-packed film also introduces some exciting new talent to the big screen. Callan McAuliffe plays the fearless boy-wonder who takes on the robots from a distant galaxy and delivers a few hilarious scenes along the way.

Visit Stuff.co.za and the Nuts About Movies Facebook page to stand a chance of winning the world’s smallest Quadcopter courtesy of Drone Force. It can do 360˚ flips and comes complete with an integrated gyroscope for stable flying!

Take the family to watch Robot Overlords from 10 April 2015 and get inspired to be part of the action with a Quadcopter.

~ In an enslaved world, they were captives, the enemy was colossal but one boy was fearless ~

Right, did you get all that? Now you need to enter your info in the form below, answer the qualifying question and your entry is in. The Robot Overlords/Drone Force giveaway will be running from today, 30 March 2015, until 10 April 2015 – though our first winner will be announced on 6 April (with one more following each day of that week until all five winners have been announced). Don’t worry, we’ll be giving out constant reminders on this one.

There are some terms and conditions, however. The competition is only open to South African residents with an address in SA, as usual. If you won the last giveaway then you’re ineligible and if you’ve won a magazine prize in 2015 (the Jan/Feb, March, and April issues), you’re ineligible for a bit longer. And, if you work for Stuff Magazine in any way, shape or form, you’re also ineligible.