Everyone wants to own a top-flight smartphone from LG, Samsung or Apple but not everyone has the sort of budget that allows for a handset replacement once a year – or even every two years, for some. Let’s be honest, there are more budget conscious users in South Africa than there are the affluent. So where do you go if you’re looking for that newfangled LTE we keep on hearing about without dropping in excess of R10k on a phone?

Vodacom has the answer, in the form of the Vodacom/Vodafone Smart 4 Turbo, a one-and-a-half grand handset that packs the power of 4G. If you can get the phone to find an LTE signal, but that’s South Africa (and the fact that I live in a valley, under a rock) for you. 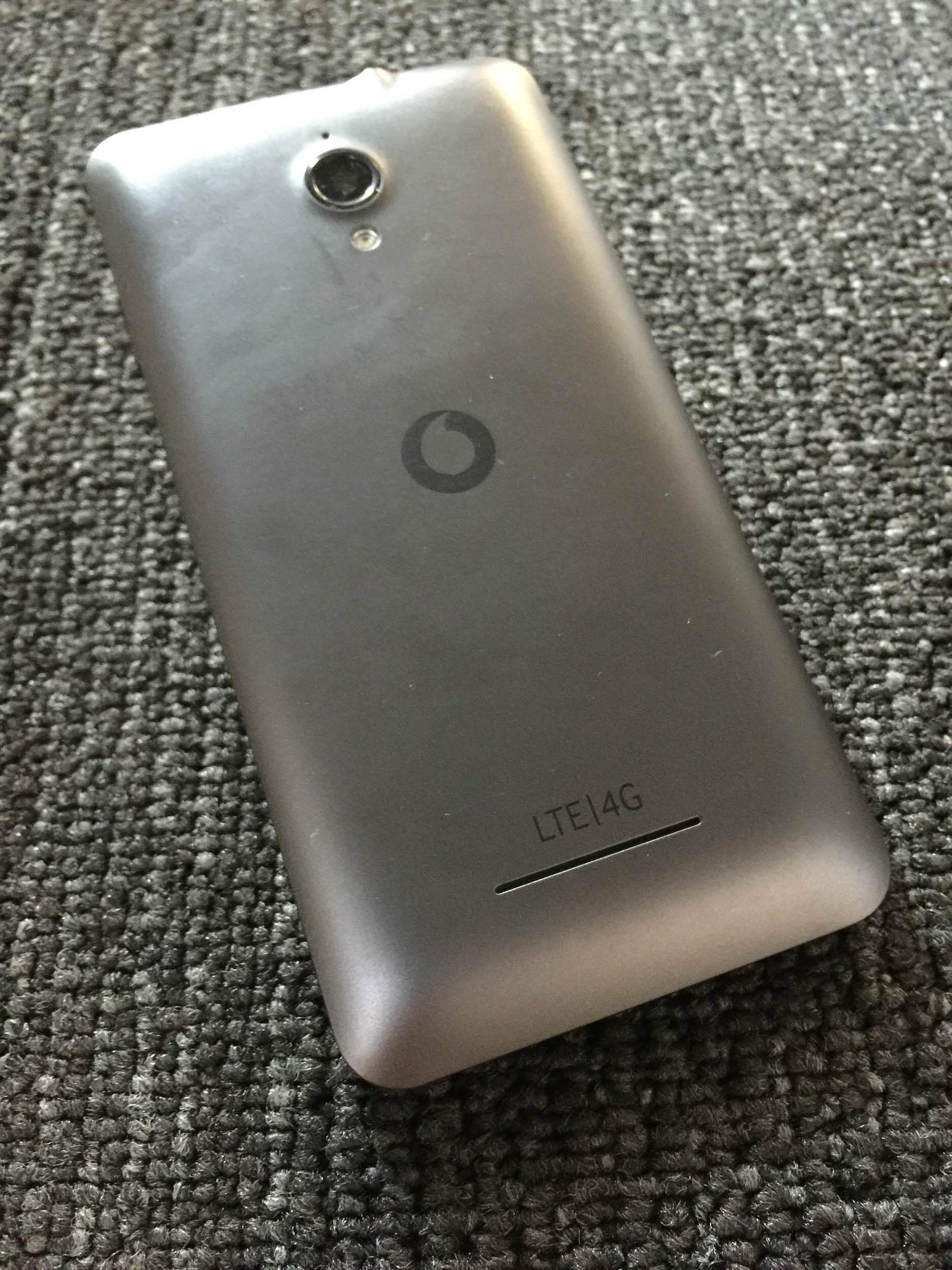 The Smart 4 Turbo is a densely-made 4.5-inch handset whose looks belie that cheap price tag. The front side is all black bezel and shiny display, though that screen does get a touch reflective in direct light. Stay in the shade. The rear is a contoured grey plastic backplate that conceals the 1,880mAh removable battery and microSIM slot. That same plate (pictured) points out the 4 Turbo’s headline feature – 4G/LTE – and the black and grey combination means it’ll match every outfit you could possibly own.

Sadly, the rest of the specs don’t match up to the data modem. The 1.21GHz processor doesn’t do all that well in benchmarks, coming in below Qualcomm’s S4 Pro chip, though it beats out the Exynos 4412 processor. So there’s that. There was 906MB of RAM available on the phone during testing – on paper it’s 1GB but that’s SOP for dealing with RAM. And the phone only costs R1,500, it’s not going to be dipped in gold either. While I’m not incredibly impressed with the display it’s bright and colourful enough to make you forget, most of the time, that you’re looking at a 854 x 480 resolution screen. Something a bit larger would have been appreciated but it would have had a negative impact on the Smart 4 Turbo’s battery anyhow.

Which actually performs, something I wasn’t expecting from an LTE-packing budget handset. It’ll go all day, long enough to ensure that you’ll fall asleep before charging it in preparation for the following day. That’s a personal failing though, can’t blame Vodacom for that one.

There’s a near-stock version of Android 4.4.4 installed from the outset. Though I’m usually adamant that the hardware should be heftier for Google’s OS, it’s not bad. There’s some launch-lag, which isn’t unexpected, but it’ll do as far as speed and responsiveness goes.

The Smart 4 Turbo is fast enough when you need it to be, provided you’re looking for browsing speed. If you’re connecting though LTE it’ll chew through data like a troll with diamond teeth munching on rocks, zipping up page after page of cat images and YouTube videos. Even when it’s connecting at lower speeds, it’s still capable of outdoing the average home internet connection (assuming the average is a 1 meg line). That said, the network is a factor – one test run returned a speed of 0.25Mbps, but that was just after a 2.5Mbps result and I’d only moved to the other side of the parking lot.

The Vodacom Smart 4 Turbo might be priced right at R1,500 (though we’ve heard of some markup happening on the device) and it’s certainly one of the cheapest ways to get LTE on a budget but the test unit we had was spotty with 4G coverage. Still, it’s speedy enough when you have the required signal and if you’re a power-browser then you’re going to have trouble keeping data on the Smart 4 Turbo. It’s going to go through it like a steel ball bearing through soft butter.