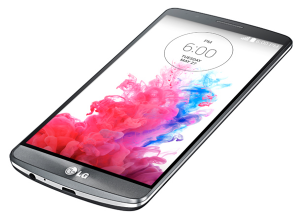 The LG G4 has yet to be revealed, but that hasn’t stopped rumours of a G4 Note from flittering around the interwebs and causing a bit of a stir.

According to the Korea Herald, LG will release its mysterious phablet to compete against the Samsung Galaxy Note 4 and Apple iPhone 6 Plus. The company already reportedly filed for the G4 Note trademark with the the Korean patent office last month, and it could very well be the handset that will “stand above the G series” that LG Mobile CEO Juno Cho has previously referred to.

The new G4 Note is said to be a more expensive phone than the rest of the G line, following the Galaxy Note 4’s pricing scheme, but there are hardly any details surrounding it at the moment.

We expect more G4 and G4 Note info to unveil itself over the coming weeks, so stay tuned for more info, as and when we get it.