Since its launch in 2008, Indiegogo has become one of the world’s largest and most popular crowdfunding platforms. In part, its success comes from the fact that you don’t have to be US-based to use it, and from the fact that it supports an incredibly wide array of projects, from raising funds for creative projects like books, albums or films (which is how it all began), to funding technology products and start ups, and even raising funds for personal healthcare or milestone celebrations through fee-free service Indiegogo Life, which launched last year.

One of Indiegogo’s most successful campaigns to date was the attempt by Mark Shuttleworth’s company Ubuntu to raise $32 million to build a Linux-powered smartphone and portable PC called Ubuntu Edge. Though Shuttleworth is originally from South Africa his commercial interests are now largely outside it thanks, primarily, to the restrictive exchange control policies of the South African Revenue Services (SARS).

Nonetheless, Shuttleworth and Ubuntu’s failed Indiegogo campaign are welcome reminders that technology is the great playing-field leveler. With connectivity and the right idea, geography becomes far less of an obstacle to getting a product or company off the ground than it was even a decade ago. Though Ubuntu’s parent company Canonical’s operations are now UK-based, it could still have used Indiegogo to raise funds had its office been in Johannesburg. That geographic agnosticism is part of Indiegogo’s charm and one of the things that sets it apart from rival Kickstarter.

We asked Rubin if Ubuntu missing its target is indicative of it being tougher to with huge, established and entrenched companies like mobile phone manufacturers? “No, not necessarily, but it’s tougher when you set your target at $32 million,” he says with a smile. “It’s possible to compete with established industries if your idea is innovative enough.” 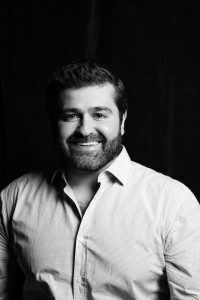 Though you needn’t be in the US to use the service, CEO Slava Rubin tells Stuff that Indiegogo still faces challenges when it comes to servicing markets other than US. “Every market has its own nuances, particularly as it relates to payments options, currencies and languages. The core product can still be more consistent. We’re always looking at how to make the service as seamless as possible.”

Another issue facing non-US users of the service is fulfillment. Fundraisers need to make sure they have reliable and affordable shipment in place for actually delivering on their promises to backers. “To this end we give all the data we can to entrepreneurs so they can make better choices of fulfillment partners,” Rubin says.

That said there’s nothing to stop South Africans using Indiegogo. “You can run a campaign straight out of South Africa and get funds paid straight into your bank account,” Rubin says.

Earlier this month Indiegogo set a new record. Flow Hive, an Australian project to make eco-friendly beehives that allow apiarists to harvest honey without disturbing the bees, raised more than $4.2 million dollars in nine days, making it the largest Indiegogo campaign outside the US to date.

We asked Rubin how important crowdfunding is for driving innovation and making inventions or initiatives that wouldn’t otherwise be possible happen? “At a private level, venture capitalists and banks are turning lots of entrepreneurs down and are not really embracing any risk. But Innovation needs you to maybe be a little bit risky,” he says.

At the same time, a number of big companies looking for innovation have turned to Indiegogo for inspiration. Misfit, Jolla and Kinsa are just some of the Indiegogo projects that have received venture capital funding in the wake of their crowdfunding campaigns, and Lift Labs was acquired by Google after its campaign. Meanwhile another project, GhostDrone, secured funding while its campaign was still in progress. Rubin says some large companies have also been known to use Indiegogo to gauge interest in projects before deciding whether or not to put money behind them.

What, then, are the greatest challenges for developing markets like those in sub-Saharan Africa to effectively harness crowdfunding? “It’s partially an internet penetration problem, but it also takes time for different countries to be more proactive about doing things like running campaigns,” Rubin says.

Then there’s the issue of cross-border payment methods. “Having a consistent, streamlined, global payments experience is the holy grail,” Rubin says. “It’s really complicated, and although PayPal is a step in that direction there’s still lots of friction, so much risk and so many complications.”

In a country like South Africa where so many start ups or passion projects are wholly bootstrapped services like Indiegogo may come to play an increasingly important role in taking ideas from the drawing board to reality.