You are at:Home»News»MWC 2015: Huawei Watch is one of the best-looking Android Wear watches yet

Think the Motorola Moto 360 is the best-looking Android Wear watch? You might change your mind once you’ve seen the new Huawei Watch.

The name might not be too imaginative, but the Watch itself, which Huawei showed off as part of its MWC 2015 press conference, is one of the most attractive smartwatches we’ve seen. And when you’re going to wear something on your wrist all day, looks matter. 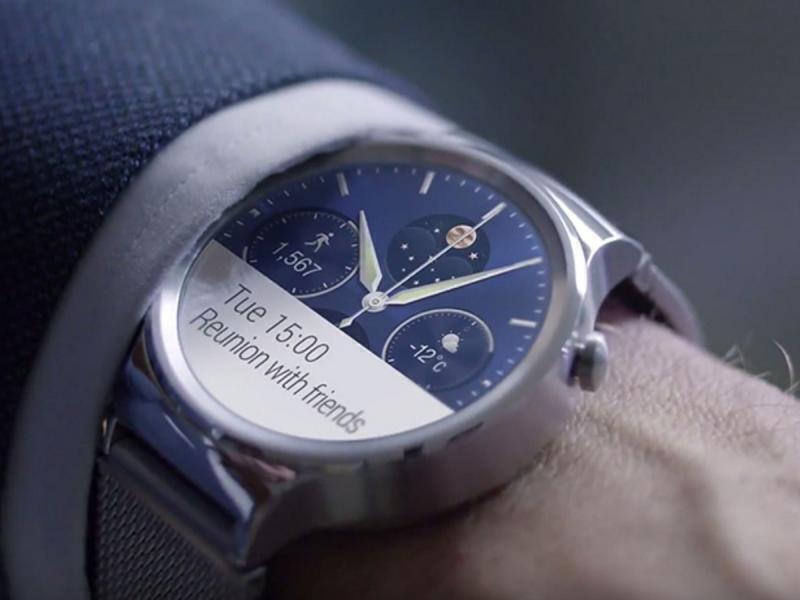 It has a slick-looking metal face that helps it avoid looking too geeky, despite effectively being a miniature computer on your wrist, plus a genuine-looking crown on its stainless steel sides – a bit like that on the Apple Watch.

It doesn’t skimp on tech either, with the same sort of underside heart-rate sensor seen in other top Android Wear watches.

What about the display? It’s topped with super-hard sapphire glass and is perfectly round. Huawei also boasts that the bezel is smaller than that on the LG G Watch R. The claws are out. Spec-wise, it’s a 1.4-inch AMOLED screen of 400 x 400 pixels, getting you a pretty nifty 286ppi.

There are no price details yet, but Huawei says it’ll arrive in the middle of the year and will be available in silver, gold, or black.