Samsung’s Android royalty phone for 2015 has been announced at MWC 2015 – and we’re pretty excited about it.

The Samsung Galaxy S6 is certain to be one of the most talked-about mobile devices of the year, and with good reason: it’s far more than your standard imagination-free update to the previous year’s model.

How? Why? When? Here are the nine essential things you need to know about the new Samsung Android trooper and its Galaxy S6 Edge sibling.

For years people have moaned about how Samsung phones don’t feel like they should cost R10,000 even when they do. The Samsung Galaxy S6 tries to squish these complaints with a glass-and-metal design.

Those fake leather plastic battery covers? They’re gone, replaced with glass, while the sides of the Galaxy S6 are metal now just like the Galaxy Note 4. As such the phone feels a whole bunch harder and more expensive. All of a sudden Samsung’s high-end phones are going to feel fancy enough to justify the high price tag.

2. IT HAS A SUPER-CURVY BROTHER There’s not just one member of the Galaxy S6 family. There are two. As well as the standard Galaxy S6, there’s a more dynamic member, called the Galaxy S6 Edge.

This second model has a lot of the same specs and the same brain, but unlike the standard version it has a screen that curves around on two of its sides, letting you see what’s going on in the phone even when it’s lying on a surface away from you.

This is a second go at a design Samsung introduced in 2014 with the Galaxy Note Edge, which had a curve on just one of its sides.

3. IT HAS A SUPER-SHARP SCREEN

Alright so all flagship phones tend to have high-res screens now. But even so, the S6 and S6 Edge stand out.

4. THERE’S A VR HEADSET FOR IT Last year we met the Samsung Gear VR, a headset designed for the Samsung Galaxy Note 4. Well now the Galaxy S6 has one too.

If you’re not familiar with this neat bit of tech gadgetry, it’s a headset into which your phone slots. A bit like an Oculus Rift – and indeed made by Oculus – but a bunch cheaper. It provides the headset and the magnifying lenses, you provide the screen with your phone.

While the original Note 4 version was far from perfect, we have high hopes for this one: the S6’s 2K display is on a much smaller screen than that of the Note 4, meaning that it should be a lot sharper in use. It also make the Gear VR headset itself a bit smaller. And it’ll work with both the S6 and S6 Edge.

5. IT HAS A MUCH BETTER CAMERA. OR RATHER TWO…

If you were hoping for more megapixels in the Samsung Galaxy S6, you may be disappointed. It has a 16-megapixel rear sensor just like the Galaxy Note 4. However, there’s an important upgrade that generally get a bit less attention.

The Galaxy S6 has a much faster lens than Samsung’s previous models. How can something that doesn’t really move be speedy or slow? It’s all about light. The S6 (and S6 Edge) has an f/1.9 lens where its predecessor on the Note 4 was f/2.3. For the non-camera buffs among you, that means it has a bigger aperture, which in turn means it can capture more light, which in turn means it can produce better photos at the same sensitivity settings.

In short: it’ll be great in low light.

The front camera is better too. Like so many other phone-makers, Samsung puts a lot more focus on selfies these days, packing the same f/1.9 lens into the front camera, although this time with a 5MP sensor behind it.

6. IT’LL GET ITS OWN WIRELESS PAYMENTS SYSTEM This year Samsung is to launch its own wireless payments platform, called Samsung Pay. It’ll no-doubt work with a whole bunch of Samsung phones, not just the Galaxy S6 and S6 Edge, but expect to see loads of Pay-themed Galaxy S6 adverts this year.

The service will let you use your phone a bit like a contactless debit/credit card, so you can pay for things on the high street with it. Unlike Apple’s payment system, Samsung Pay will use both NFC and a technology called Magnetic Secure Transmission. As a result, vendors shouldn’t need to upgrade their existing payment systems, which should mean it works in many more outlets than Apple Pay. 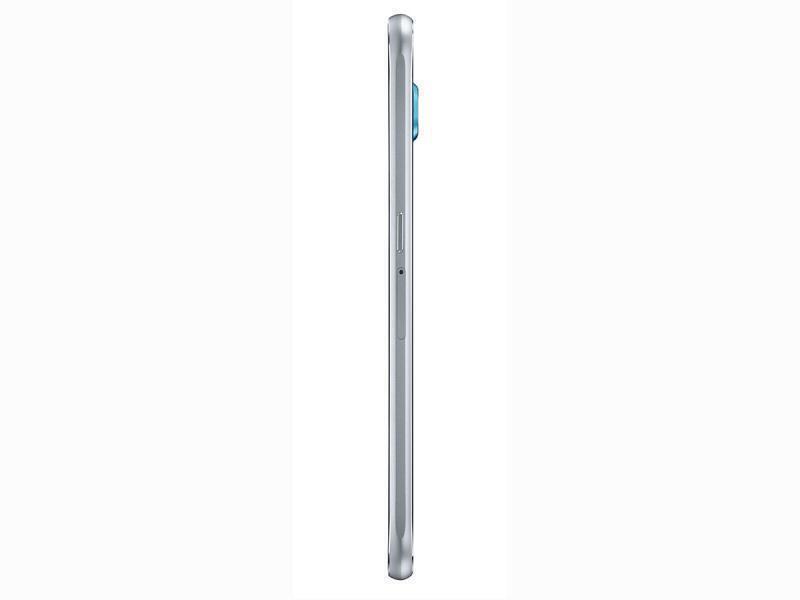 OK, so this one is going to get people really angry: after years and years or packing a memory card slot into virtually all of their phones, the Samsung Galaxy S6 has completely non-expandable memory just like the iPhone.

On the positive side, this means you don’t have to deal with another tray on the side of the phone. But let’s be frank, it’s pretty much an entirely bad thing. To get a Galaxy S6 with lots of storage you’ll have to stump up a whole lot extra for the 128GB edition of the phone, rather than the (relatively minor) premium you pay for a 128GB microSD card these days. Why has Samsung done this to us? Well, partly so it could give us the nice unibody design. But also cold, hard cash.

Qualcomm’s Snapdragon processors have been the go-to processors on the past few Galaxy S phones, but this time Samsung’s turned to its own Exynos chip to run the show.

While Samsung may use some Qualcomm processors for certain versions of the Galaxy S6, it looks as if the majority will use an octa-core Exynos model. The big deal with it is that the new Exynos has a super-advanced 14 nanometre (nm) architecture, which should prove super-efficient in use. The evidence, of course, will come in the testing.

9. IT HAS SUPER-POWERED RAM TO CUT DOWN THAT TOUCHWIZ LAG The Galaxy S6’s fancy new processor might be interesting, but what really caught our attention in the Galaxy S6 spec list was its RAM.

It uses super-fast LPDDR4 RAM, a good deal quicker than the RAM found in other phones. It has a hefty 3GB of the stuff too. RAM is the memory that greases the cogs of any computer system, and should help to keep the phone super-snappy even once you’ve switched on all of the bells and whistles, and clogged up the internal memory with games and other digital detritus. We’ll know more once we’ve properly tested it, but we’re optimistic about its performance.