We’re going to be quite honest here – we’re far more fond of LG’s smartphones than we are of their tablets. As a general rule, that is. But the LG G Pad 8.0 was quite well received when it launched last year, when you consider its specs are holding it back, so how does it fare with an LTE upgrade?

LG’s little slate remains more or less unchanged, aside from the data connectivity update, making this unremarkable-looking slab a mid-range piece of gear that is more an endurance racer than a sprinter.

The G Pad 8.0 4G is, rather obviously, an 8-inch tablet. Coming in with a sub-HD screen, 800 x 1,280 if you want to get specific, it’s still clear, bright and immensely colourful. LG’s screens have always impressed and even this effort looks pretty decent. The screen is surrounded by a wide-ish bezel, with a SIM card and microSD slot hiding at the top of the device under a chunky flap. Right next to the headphone port, actually.

The base edge is where the charging port resides, with the power and volume rocker living on the Upper East Side. Sorry, upper right side. Sparse, standard and slightly boring design, in fact. There’s nothing at the rear to break the monotony, just two speaker vents and the 5MP camera port. In short, it’s a reliably conservative design all-round. An area of concern is that the G Pad 8.0 quite easily transmits pressure on the rear panel though to the screen, at just about any point you choose. Just how thin are the internals of this thing anyway?

Not terribly, given that the G Pad 8.0 4G is quite chunky through the middle. There’s enough of a gap between the back panel and the internal organs to allow quite a bit of give when pressing the back. For all that, the chipset, screen and storage are all pretty darn stock. The Snapdragon 400 isn’t a bad chip but it’s definitely middle-of-the-road. The 800 x 1,280 display is also verging on great without actually getting there (still looks better than many we’ve seen though – bright and colourful where it counts). The camera… we’d rather leave it that take it, LG’s G3 has spoiled us and this 5MP, nearly featureless effort isn’t a draw at all. Even with the gesture and ‘smart’ controls thrown in.

What LG have done right here is the storage, 16GB (10GB available) is above entry-level and space-hogs can add more storage if they feel the need. The 4,200mAh battery is also enough for a full day at the very least, with some users being able to squeeze out multiple days before heading to the wall socket. A definite plus for any tablet, that last point.

LTE is the biggest drawcard and it’s here in all of its speedy glory, easily siphoning off large chunks of data in moments. The payoff, of course, is that you get your online information, downloads or humorous housecat footage in a hurry, the downside is that you’re probably going to need a larger data contract if you’re a moderate to heavy internet user.

But the G Pad 8.0 4G comes with a set of limitations and that’d be thanks to South Africa’s LTE coverage. It’s generally pretty good in the major centres, though 4G has its dead spots all over Johannesburg as well. The G Pad will fall back onto a slower connection in those cases but if you’re lacking in coverage, there’s not much point in getting the 4G version of this slate, now is there?

When it comes right down to it, the LG G Pad 8.0 4G is a complete clone of the standard G Pad 8.0, only packing some LTE chops. That’s a nifty feature but it’s standing alone, only some pretty stock hardware is backing the speedy wireless features. Are you going to be tempted to trade up from a non-LTE G Pad 8.0? Probably not, if you settled for WiFi in the first place. But if you’re looking at getting more than an entry-level tablet is capable of and are really fond of cat videos on the go, then the G Pad 8.0 4G will keep your eyes bathed in felines. 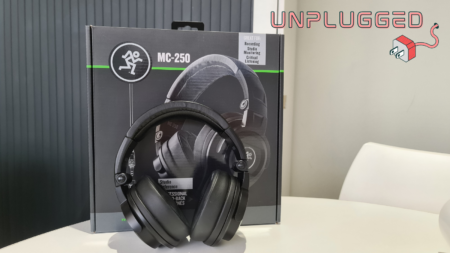 Metroid Dread review – EMMI, myself and I