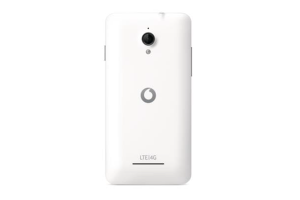 Vodacom’s taking its next step in building up a local portfolio of self-branded devices, the third such device since the Smart Kicka phone and Smart Tab 3G tablet launched last year.

This time around we’ve got a new phone incoming and the Vodacom Smart 4 Turbo, as it is known, will be LTE-capable. The low-cost device (it’ll retail for around R1,500) will feature a 4.5-inch FWVGA (854 x 480) display, 1GB of RAM and a Qualcomm MSM8926 chip, a 1.2GHz quad-core member of the Snapdragon family.

Looking elsewhere, there’s set to be 4GB of storage built-in, though we’d expect the Android 4.4 KitKat OS to consume a fair chunk of that. There’s also up to 32GB of extra storage supported if you have a microSD handy and the Smart 4 Turbo will come with your basic sensors (including ambient light), Bluetooth 4.0, WiFi support and a 5MP/0.3MP rear/front camera combo. But, like we said, the main draw here is going to be LTE on a budget, making this the budgetiest budget LTE phone Vodacom has.

The Smart 4 Turbo is set to hit local stores from 9 February this year, so it’s just around the corner. As soon as we’ve got our hands on one, which should be early next week, we’ll have a review up on the Smart 4 Turbo.