We could see two refreshed 4K-focused consoles from the Microsoft and Sony camp this year, if the latest online whispers prove to be true.

During CES back in January, Netflix executive John Hunt, according to The Huffington Post, claimed that Sony “promised” a 4K-friendly revised version of the PS4. 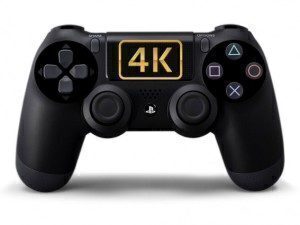 Since then, Forbes‘ John Archer has got in touch with the online movie streaming giant, which believes that when both consoles undergo their traditional two-year hardware refresh, they’ll land with all the components necessary for true 4K video playback.

Neither console currently offers 4K movie streaming or gaming experiences. While gaming is a pipe dream at this stage thanks to hardware limitations, they could, theoretically, already offer 4K video playback in their current state.

Given that most films these days are still shown at 24fps, we could technically enjoy 4K on our existing consoles right now, if there were any services that supported them. Broadcast and gaming 4K content will need at least 50Hz however.

The refreshed consoles could very well land with HDMI 2.0, which supports the full 4K resolution at 50/60Hz, along with 10-12-bit colour depth, as opposed to HDMI 1.4’s 8-bit offering.

Current consoles will probably be updated to support 4K video content (in an ideal world), but the newer refreshed versions could theoretically serve up better colours, and higher frame rates. Anyone for The Hobbit at 48fps on Netflix?

It’s too early to know what Sony and Microsoft are planning for sure, but as the price of 4K TVs continues to drop, the masses will be even more thirstier for some 4K content, and consoles would be a great way to deliver it to them.