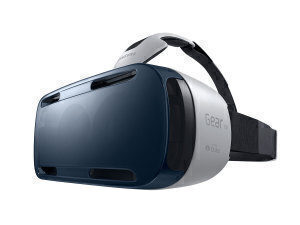 If you take a look at the current virtual reality trend, many companies are behaving like a dog chasing a bus – what would they do if they caught the blasted thing? Oculus Rift has a whole lot of developers on board but just about everyone else seems to be doing it because they can.

So what would you use a consumer VR headset for, exactly? Particularly one designed around a smartphone as a screen? If you’re Samsung, you’re going to be putting them onto Quantas flights and in Quantas’ First Class Lounge in Sydney, at least to start with. Samsung is going to be supplier their headsets, along with a Galaxy Note 4, for folks who can afford to fly the expensive way on Quantas.

Only some of the airline’s A380 planes will feature the Samsung tech and it seems that the bulk of what users will experience is being custom-made for Quantas. The first-class lounge at LAX (a place we’ve never seen before), the plane that passengers are on as it lifts off and lands and then a virtual boat trip are some of the experiences confirmed for the Aussie airliner’s Samsung partnership so far. If they could thrown in some VR movies as well, we’d be very happy bunnies indeed.