A report from DigiTimes says Acer will make a return to the smartphone game with a range of Windows-based smartphones at this year’s Mobile World Congress, although it’s not yet clear whether they will run on the new Windows 10 platform. 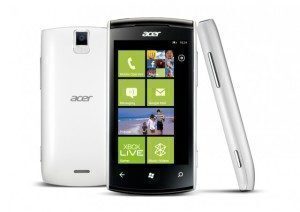 The announcement was confirmed by Acer’s CEO Jason Chen at a recent supply chain conference on January 22nd. He went on to point out that a number of Acer’s suppliers attended the conference as well.

The new smartphones will run Windows, alongside Acer’s own Build Your Own Cloud (BYOC) system.

But for those hoping for high-end handsets from the manufacturer, prepared to be disappointed. Chen revealed the company plans to invest more in its smartphone business, but will focus on the entry-level sector. Presumably it doesn’t feel it can compete with the likes of Apple and Android phone manufacturers.

The BYOC system works with a number of abApps, created by Acer. These include: abFiles; abDocs; abPhoto; abMedia; abMusic and abVideo. Unlike other Cloud services such as Dropbox and Google Drive, BYOC stores users’ data on their own home computer and makes it accessible from a range of devices including those running Android and iOS.

Acer says it uses the “most advanced” AES encryption technology to protect all stored files.

Chen also said at the conference that Acer had been approached by a “high-end smartphone vendor” with an interest in taking over Acer’s smartphone business, but he declined to reveal which vendor it was. Acer hasn’t ruled out the possibility of a merger in the future, but for now, will continue trading on its own.