“The company put the guts of the phone into a dummy case, and sent these decoys to its partners who needed access to it pre-launch.”

These are the words of retired Twitter tipster Evan Blass a.k.a @evleaks, who believes that the upcoming HTC One M9, or Hima, will look nothing like its M8 predecessor. 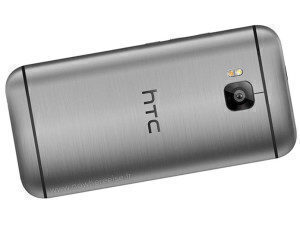 Evan’s reasoning behind this claim? He says that on New Year’s Eve, HTC’s Senior Online Global Communications Manager Jeff Gordon said on Twitter, “If you’re an HTC fan, 2015 is going to blow you away.”

He went to say he was “…looking forward to great competition and a grade A trolling in 2015”, which was likely directed at Samsung.

Evan says these statements aren’t from a company who will simply copy the design of their previous phone and just change the camera, from UltraPixel to megapixel. He even goes as far to say “they look less like the M8 than the M8 looked like the M7”. He’s referring to both the HTC Hima and HTC Hima Ultra, a larger version of the flagship device.

While he refutes claims the One M9 will look similar to the M8, he does agree with the tasty specs (which include a Snapdragon 810 processor and 20.7MP camera), that have been outed. So it’s not all bad news.

But of course, there’s always the possibility Blass is wrong and that the One M9 will follow a similar design language. We just don’t know for sure now.

That leaves us all playing waiting game until March 1st, when HTC will hold aloft its new smartphone at MWC.