Think Apple didn’t do styluses? Think again. A new super-sized iPad could get its own electro-pen. 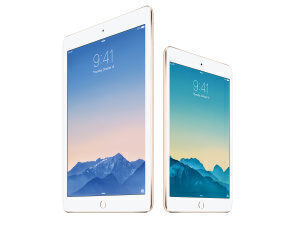 According to report cited by AppleInsider, Apple will sell a stylus to go with the expected but as yet unannounced iPad Pro.The report, by industry analyst Ming-Chi Kuo of KGI Securities, predicts that Apple will release a stylus in Q2 this year to go with its iPad Pro – the long-awaited super-sized iPad.

Other companies such as Samsung have been releasing tablets and phablets with styluses for years – see its Galaxy Note Edge, pictured above.

However, and true to form for Apple, Kuo predicts that instead of being bundled in with the iPad Pro, the stylus will be an optional accessory, likely aimed at the arty crowd.

The predictions are based on a number of stylus-related patents filed by Apple, in addition to Kuo’s own research. He has also predicted a new version of iOS for the larger-screened iPad that would introduce new features such as split screen multitasking.