Apple has already opened up its proprietary Lightning port to third-party companies for headphones (see Philips’ recent CES launch for an example), but it’ll soon be allowing those same companies to make other Lightning-compatible accessories too. 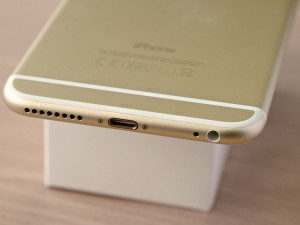 9to5Mac claims to have obtained technical information on the Lightning port from “manufacturers briefed on Apple’s specs”, and says that Apple hopes to convince accessory companies to begin adopting the port rather than micro-USB on devices including docks, Bluetooth speakers, battery charging cases, game controllers and, yes, headphones. Apple will allow these devices to draw power from Apple’s own power adapters.

THERE CAN BE ONLY ONE
These accessories will only be permitted to possess one Lightning port, so you won’t be seeing multiple headphone dongles allowing more than one set of cans to be connected to a single iPhone or iPad.

The report goes on to say that the Lightning port will be able to directly charge the accessories, as well as enable passthrough power which would, for instance, allow you to charge your iPhone 6 through a third-party Lightning dock. Apple also claims that Lightning charging works faster than USB, meaning accessories with high-capacity batteries would see a significant boost in charging time if Lightning is used.

Given that Apple has yet to confirm any of this, we suggest you take it all with a pinch of salt – but it’s interesting nonetheless. We’ll keep you posted on future developments.