While Mercedes may have shown off a concept car that, in the tradition of concept cars, looks like it belongs on the moon, Audi has unveiled a high-tech concept at CES that’s very much a real car, and very much drives itself. 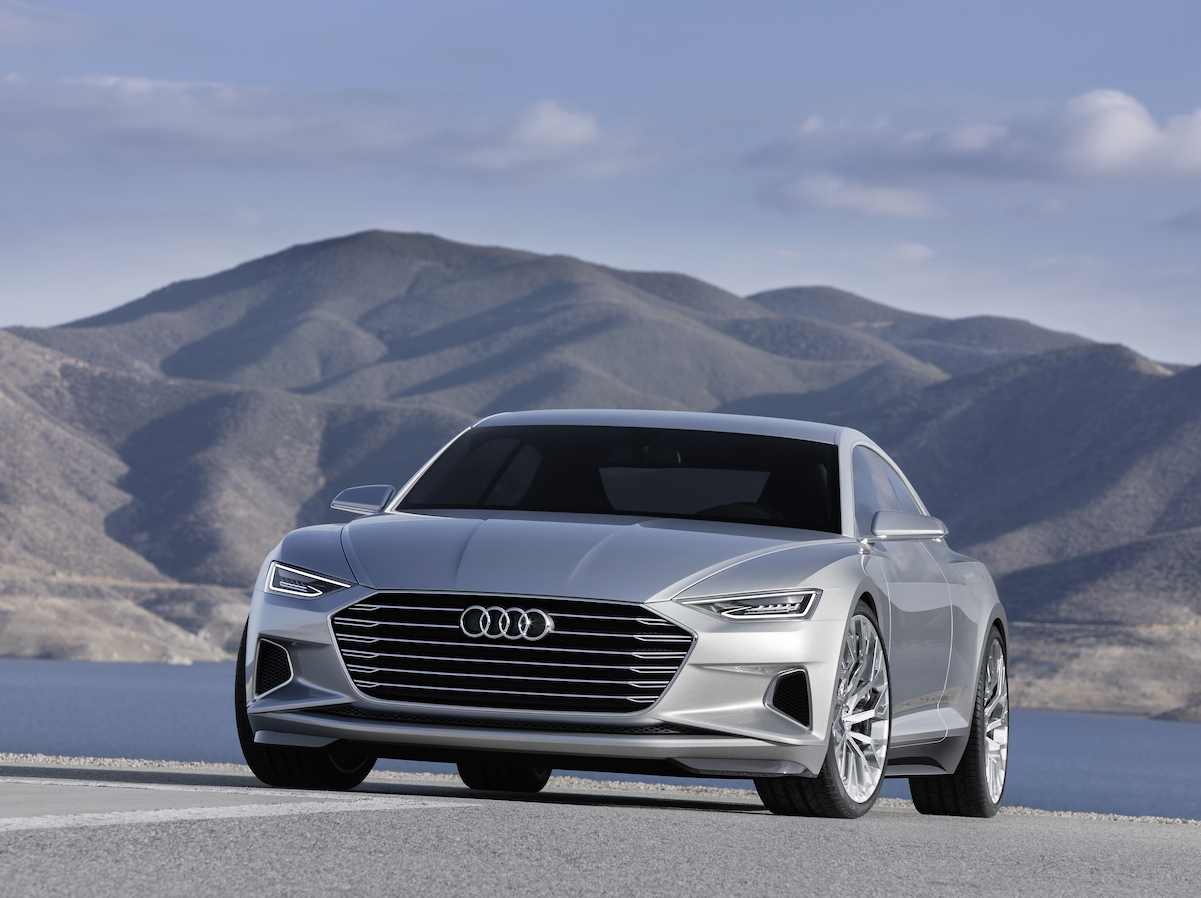 In a display of just how real the Prologue’s self-driving smarts are, it gently piloted itself on stage in front of a packed crowd at the German autofacturer’s booth this week, summoned by a new LG smartwatch. Meanwhile, another Audi – a modified A7 fitted with the same self-driving tech – drove itself to Vegas from Silicon Valley. That’s a journey of over 800km, on public roads, entirely without hands on the wheel.

The self-piloting tech is perhaps the most impressive we’ve seen to date: it has already thrashed Stuff on the racetrack, and Audi tells us will arrive in its regular cars before the end of the decade. On public roads, the system is activated by the driver simultaneously pressing a pair of buttons on the steering wheel; the car will then drive itself until it arrives at its destination or it decides the driver should take the controls again.

Audi’s claims that the Prologue is the first car that continuously learns about its surroundings, using machine learning algorithms and artificial intelligence. Does this mean a second-hand Prologue will be more intelligent than a new one, and therefore more expensive? Probably not.

The Prologue is an extremely attractive car on the outside – something that also makes it extremely difficult to photograph at a busy trade show, thanks to the crowds surrounding it – but the interior is something special. Large sections of the dash are touchscreens that offer different types of control and display, but unlike the huge rectangular screens you find in cars like Tesla’s Model S, they’re separated into ergonomic forms.

Peering into the Prologue’s ‘virtual cockpit’ – an evolution of Audi’s fancy digital instrument cluster – our first thought was that it uses glasses-free 3D. In a way, it does: a set of mirrors and pin sharp displays create a layered view, giving the impression of real depth to the instrument readouts and navigation info.

And in case an artificially intelligent car full of touchscreens isn’t futuristic enough, the Prologue can also shoot lasers out of its face. Like the new R8 that will be launched this year, the Prologue has high-beams that use powerful laser diodes, creating a huge, bright beam that projects twice as far as LED headlamps.

There’s no word on whether you’ll be able to crank these babies up to burn a neat pair of holes in the tyres of the idiot who’s just thrown the remains of their burger packaging out of their window in front of you, but here’s hoping.