CES 2015 was the scene of a whole lot of 4K TV reveals, with everyone from Sharp to Sony to LG and Samsung getting in on the UHD act this year. But that still leaves the problem of where to find 4K video content to take advantage of all of those extra pixels. 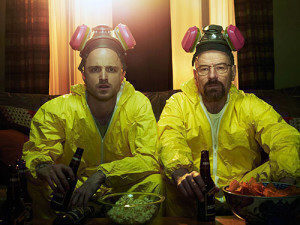 If you are a resident of the States then you have options. Netflix and Amazon will be able to provide a couple of streaming choices and DirecTV and Comcast will also let you display some stuff on your UHD screen in its native resolution. But here’s something that didn’t get as much press from CES 2015, there were some 4K-capable Blu-ray players on show at the event.

That’s because, as Engadget reports, the Blu-ray Disc Association has confirmed that a 4K format – titled Ultra HD Blu-ray – is on the way. The discs that will be used for Ultra HD Blu-ray will reportedly have 33GB layers, up from the 25GB layers in existing Blu-ray content. Players, which are on the way and which will probably be bloody expensive, will support the new discs as well as conventional Blu-rays. Don’t expect to save cash by using your existing player (or PlayStation 3) for Ultra HD disc content, you will require new hardware.

The Secure Content Storage Association is also working on a downloadable 4K content solution, with Samsung, Warner Bros., and Fox being involved on that end. The upshot is that 4K video downloads (and their attendant massive file sizes) will become more prevalent, though they will probably feature enough DRM to make pirates sob into their beards. Still, now we can go from being HD snobs to UHD snobs. Nice.