Last year Nike designer Tinker Harfield, who designed the iconic Nike Air Mags worn by Marty McFly in Back to the Future II, hinted that this year the footwear giant will make the Nike Air Mags available to the public, complete with the “Power Laces” that allow the shoes to effective lace themselves up. 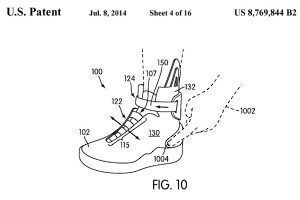 In 2011 Nike made and auctioned off 1 500 pairs of specially made Air Mags for the Michael J Fox Foundation, albeit without Power Laces. Despite the shoes missing one of the key features that made them so desirable to sneakerheads and movie buffs, the exercise raised over $4.7 million.

Though Tinker hasn’t confirmed a release date or pricing, he has confirmed that Nike intends delivering the self-lacing Air Mags this year. However, he’s also pointed out that 2015 has only just started, suggesting that if the shoes do hit shelves this year it may well only be towards its end.

Shoe website Nice Kicks has even dug up the US Patent papers Nike filed for the Air Mags, which suggest the “Air” part might be dropped so that the self-lacing mechanism can be placed in the shoes’ soles.

Now Nike just needs to make the hoverboard a reality and all our geeky dreams will have come true.