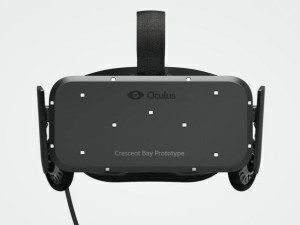 Oculus VR is showing off the latest edition of its Oculus Rift headset at CES, and there’s one striking addition to the Crescent Bay prototype since we last saw it: more immersive sound.

The audio boost comes courtesy of a technology called Head-Related Transfer Function (HRTF), which adds true 3D spatialisation to the headset. HRTFs simulate the changes that happen to a sound when you move your head.

There’s data for hundreds of points around the wearer’s head, and the software smooths out the audio between these to create a sound that comes across as more natural. HRTFs aren’t a new technology – they’ve been around for decades – but the increased precision in head-tracking exemplified by devices like the Oculus Rift means they can now work more effectively than before.

Oculus VR says HRTF will be supported in the upcoming Oculus Audio SDK, so developers will be able to experiment with it soon.