Sony and Microsoft both have their fanboys in the console sphere and it’s a foolish man or woman who wanders into the midst of an online flamewar about the merits of either console. Sony have been attempting to show up the Xbox One with regular releases of the numbers and they’ve just dropped another figure: 18.5 million. 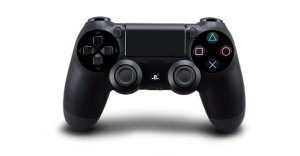 That’s the number of PlayStation 4 consoles that have been sold since the new generation of console was launched back at the end of 2013. The total number sold is global, according to Sony, and encompasses all 123 countries that the gaming kit is available in.

This number was reached thanks to the holiday season and, though Sony haven’t given us the exact dates this took place, the company claims that more than 4.1 million PS4s found new homes over Christmas.

Sony Computer Entertainment President and CEO Andrew House said “We are absolutely delighted that so many customers around the globe have continued to select PS4 as their console of choice throughout this holiday season. We will continue to reinforce and deliver additional value on PS4 as the best place to play, by bringing even more exciting content and by enriching our wide array of service offerings.”

SCE have also crowed about the number of PlayStation Plus subscribers that the company now has. Just short of 11 million subscribers have decided to part with their cash in order to get hold of PlayStation Plus. Part of this is the PS Plus requirement to play online on the PlayStation 4 but Sony’s Instant Game Collection might also have something to do with it.