The market for laptops that also think they’re tablets has suddenly become interesting.

Since Microsoft’s Surface Pro 3 came out, and Intel’s fanless Core M processor arrived on the scene, we’ve seen some great Windows 8 converti-tabs, such as Lenovo’s watch strap-hinged Yoga Pro 3. Now there’s another intriguing device with a personality crisis, and it goes by the name of Asus Transformer Book Chi. 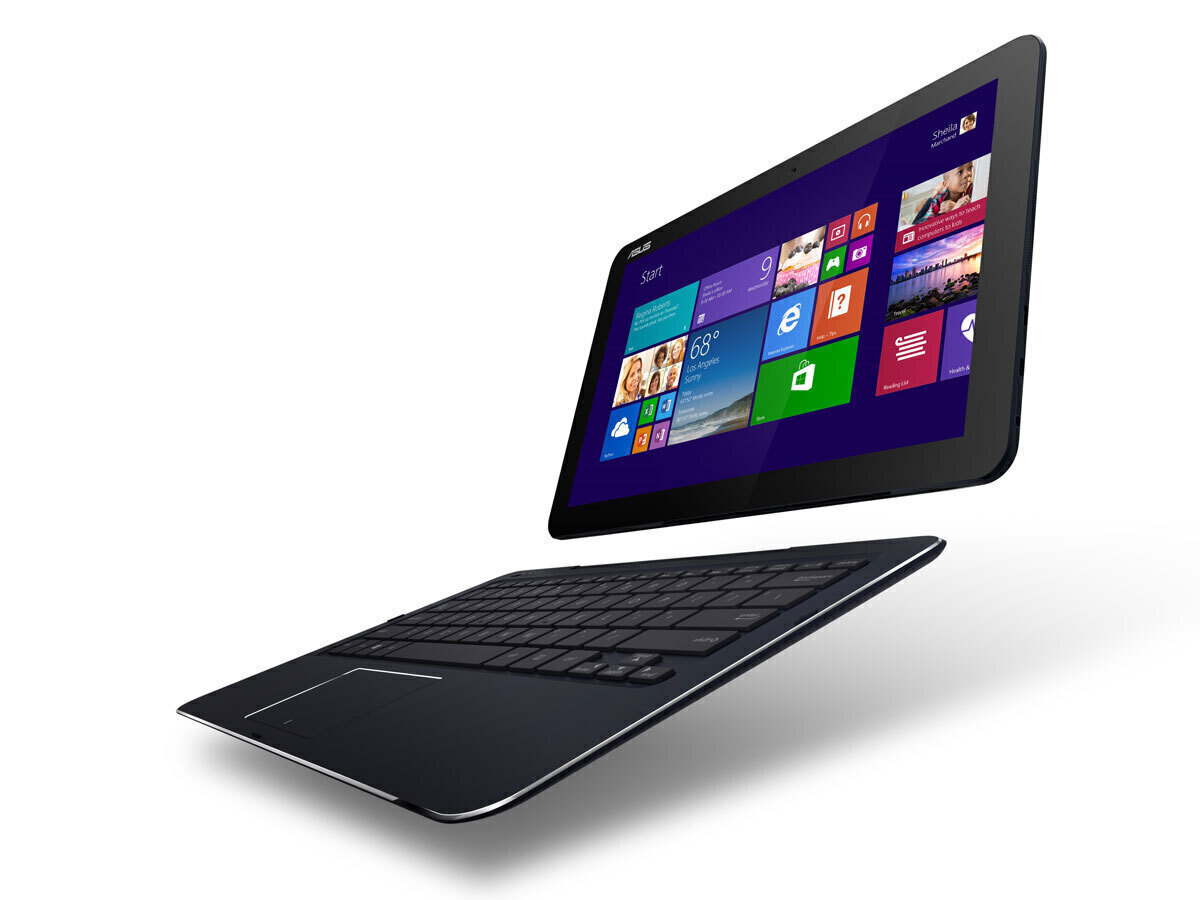 The Core M is supposedly good for ‘everyday computing’, so unlike a Surface or a Macbook, you won’t be playing 2015’s games on the T300Chi. Still, Half-Life 2 should run just peachy on its Intel HD 5300 GPU.

The T90Chi packs the same processor as the T100, but has disappointingly low-res 1280×800 8.9in screen. However, at 7.5mm it is, according to Asus, the thinnest nine-inch tab you can buy, and it has a rear-facing 5MP camera to complement the 2MP front-facer.

All devices click together with their keyboard docks magnetically, but the two pieces actually communicate via Bluetooth 4.0, so they work together at a range of up to 20m.

One concern is that all models feature only a single USB3.0 port in type-B configuration (that’s the tiny one you use for charging). Certainly, not as versatile as devices such as Microsoft’s award-winning Surface Pro 3, although given the top-spec T300Chi clocks in at just $800 (nigh-on R9,400), it’s not surprising. The T100 starts at $400 (about R4,700), while the T90 costs from just $300 (around R3,500). All will be available this February, with the standard ‘travelling to Africa’ delay, and likely a price increase, on our side.