French mobile operator Orange has announced it will open its first retail outlet in South Africa in the suburb of Claremont in Cape Town next month. The operator already operates a successful online store selling mobile handsets, tablets and other tech-related items. 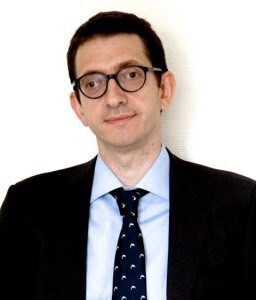 Orange plans to open additional stores in other parts of South Africa next year. The store will offer many of the same products sold online and will also allow consumers to order online and collect in store. It will also provide a physical presence for repairs and returns and serve as a point of sale for Orange Top-Up – a service that makes it possible to send airtime to any Orange user in any of the 105 countries in which the company operates.

For the first time in South Africa, Orange will also begin selling Apple products next year. These it says will come from the Core Group – which distributes Apple goods locally – or the network operators and will thus come with full local warrantees and after-sales support.

“The response to the Orange Online Store from the South African market exceeded our expectations,” Sebastien Crozier, Orange Horizons CEO, explains. “This led to a local warehouse being established to service this market, and now the opening of our first retail store in the country. We are excited about the store, as it not only provides a further platform for the brands growth into Africa – which is a key market for us – but is also an additional step in our commitment to our customer base in the region.”

The store will also provide customer support for and sale of Orange travel products and will eventually be a point of service for Orange’s planned internet service provider (ISP) services it will lauch in South Africa next year.

“Having a physical retail presence in the country not only offers an improved experience for our consumers, but facilitates for further growth into the region. Further to the Orange Wi-Fi offering in South Africa, our plans to launch as an ISP in 2015 will be made easier by having a point of service and contact with our customers,” Crozier adds.