Now it’s starting to see some of the fruits of its acquisition, with its first patent reassignment from PrimeSense – for a “projection-based 3D mapping solution” 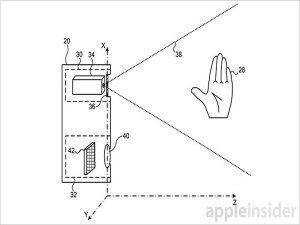 Without getting too technical – you can read the full description at AppleInsider – the patent is based on an optical projection system which emits a light pattern onto objects. This results in the system recording a 3D space, within which it can detect the slightest of movements or discrepancies.

Although it’s unclear exactly what Apple’s planning to do with this 3D mapping system, the most likely application of the technology is in body movement and tracking, à la Microsoft Kinect. This could be applied to the Apple TV streaming box, allowing users to ditch the remote and control playback via hand movements.

The gesture-controlled tech could also surface in iOS devices; in the patent document, Apple describes a number of space-saving alternative construction methods for the sensor, which could point to its use in devices even more compact than the Apple TV.

Whatever Apple’s cooking up in its labs, we’ll be intrigued to see the results. We’ll bring you the latest news as and when we hear it.