Samsung’s big foray into smartphone-based virtual reality, the Gear VR headset, was slated to debut in early December – and that projection panned out with yesterday’s sudden launch in the United States. 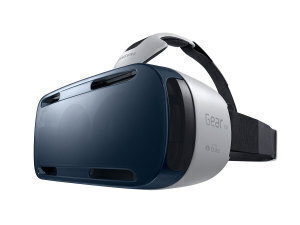 The Gear VR, designed in cooperation with Oculus VR, provides a means for the Galaxy Note 4 phablet to strap onto your face, using the smartphone as both the brains of the operation and the screen that you’ll be staring right into.

It’s priced at $199.99 (R2,310), but that’s only for the headset shell, of course—the Galaxy Note 4 itself sells for several hundred dollars more separately (around R11,500 here), and if you want a gamepad, that’s another $50 (R580) on top of the headset cost via a discounted bundle. In other words, getting into VR right now isn’t cheap.

But Samsung doesn’t see this as a play for the mainstream consumer, at least not yet. As Engadget points out, before you buy the headset, you have to affirm this statement: “I understand the Gear VR is an Innovator Edition device targeted specifically to developers or early adopters of technology.”

In other words, if you’re not keen on doing some tinkering and dealing with some initial headaches – figurative, but perhaps also literal – then hold off on this one. Ars Technica adds that the Innovator Edition won’t even be sold in retail stores or widely advertised – it’s strictly available from Samsung and AT&T’s respective websites for now.

Ars adds that the Gear VR will start expanding into additional countries as soon as January, so hopefully an SA launch is just around the corner.