The US Patent and Trademark Office has this week awarded Apple a patent that may help future iPhones and other devices stay in one piece for longer. 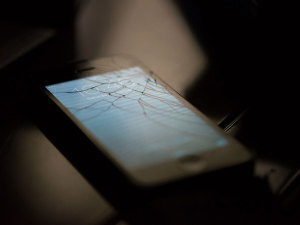 The system described in the patent document can detect when an electronic device is falling, calculate the point of impact and shift the device’s weight accordingly. The idea is to flip the device in mid-air and ensure it lands on a point that minimises damage to fragile components such as the screen or camera.

Sensors such as accelerometers, gyroscopes and GPS, already included in many of Apple’s devices, would be used to determine its position, orientation and descent speed. Data from each of these sensors would be fed to the CPU, which would then tell the device how to change its momentum in order to land on a stronger point.

Apple’s document mentions than an electric motor be used to shift a device’s weight, but it’s also possible that the vibration motor already used in the iPhone could perform this role.

As with all patents, this one’s existence doesn’t mean the system will be coming to Apple’s products soon – or even at all. But it’s an interesting insight into the sort of things the company is delving into at the moment.